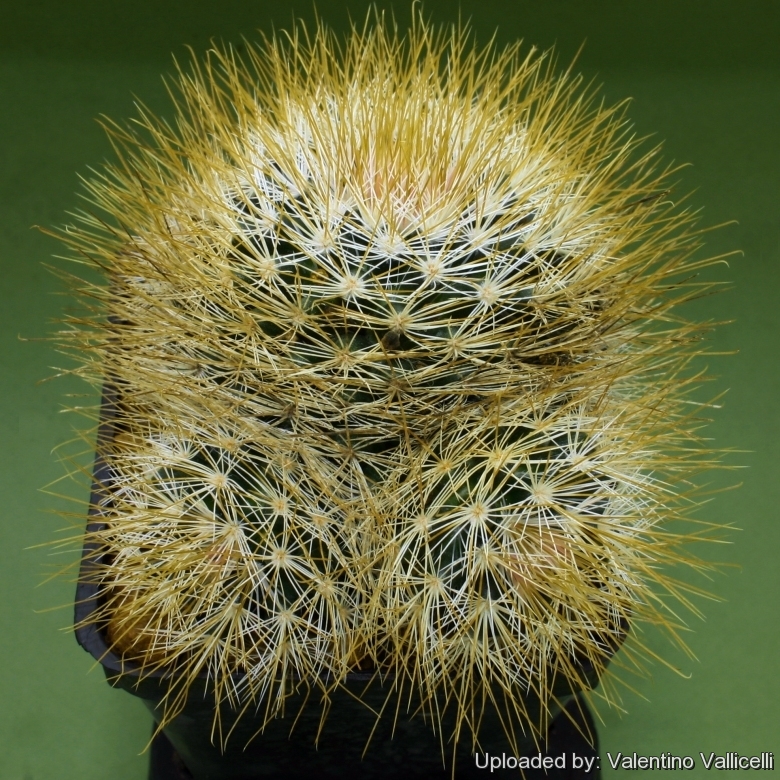 Mammillaria marcosii Yellow Spines Photo by: Valentino Vallicelli
It is a small clumping plant with a wide range of thorn colours. This is one of the best colour form with white radials and bright yellow central spines.

Origin and Habitat: Guanajuato (Municipio Atarjea east of Xichú), Mexico. Its area of occupancy is estimated to be less than than 10 km². The whole population consists of fewer than 150 plants.
Altitude range: 1.200-1.400 metres above sea level.
Habitat: Mammillaria marcosii grows on steeply sloping volcanic rocks. in semi-desert (submontane matorral). Generation length is 5-10 years. It is considered to be Critically Endangered due to its very small range and its occurrence in a single location. Furthermore, it does not occur in any protected area. The population has diminished by an estimated 90% due to illegal collecting. It is cultivated commercially for international trade.

Description: Mammillaria marcosii Yellow Spines forms irregular clumps of low round to short cylindrical stems up to 5 cm in diameter. Tubercle are soft, cylindrical, with round tips. In the axil there are wool and up to 15 bristles to 15 mm long.
Radial spines: 16 - 25, radiating, needle-like shining white, 4 - 12 mm long.
Central spines: 7 - 14, mostly needle-like, yellow, 10 - 20 mm long one of which is descending and slightly hooked, all other straight.
Flower: Yellowish white with pinkish tint up to 10 mm in diameter.
Fruits: Red, 6 - 13 mm long, not arising above the spines.

Subspecies, varieties, forms and cultivars of plants belonging to the Mammillaria marcosii group 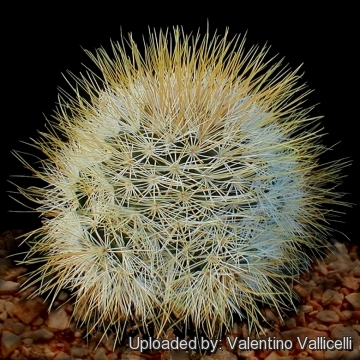 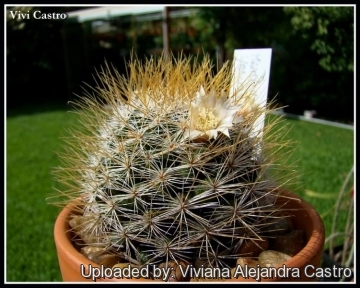 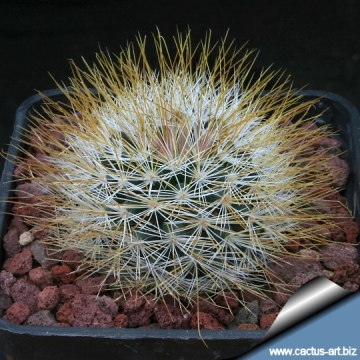 Cultivation and Propagation: It is a slow growing species of easy culture, recommended for any collection that needs lots of light with ample airflow. Water regularly in summer, but do not overwater (very wet-sensitively, especially in light of its small root system) Water thoroughly only if soil is dry to the touch, let soil dry in between to prevent root rot, keep dry in winter. Use a very porous mineral-based potting mix, with excellent drainage, as can be achieved by the addition of extra perlite or pumice. Feed with a high potassium fertilizer in summer. Care must be taken with watering as they tends to become swollen and untidy in growth habit if given too much water and shade.
Sun Exposure: High levels of light are needed to flower and for good spine development. Can be sunburned if moved from shade/greenhouse into full sun too quickly. During the spring it may be able to take full sun until the heat arrives at the end of spring. In an area that has hot afternoon sun, it may be able to take full morning sun, but requires afternoon shade or afternoon light shade. If grown correctly, it will reward the grower with generous displays of flowers. It is quite frost resistant if kept dry, hardy as low as -5° C (or less) A resting period in winter and strong light are necessary so that it can flower properly.
Clustering in cultivation after several years and easily flowered. For best results, use a shallow pot, and only use the smallest diameter pot that will accommodate the plant. Sensitive to red spider mite. Overhead watering is helpful in controlling mites.
Propagation: Direct sow after last frost (usually) or division, wait until the offsets that appear at the base of old clustered specimens are 1/3 the size of the parent and then detach and plant.