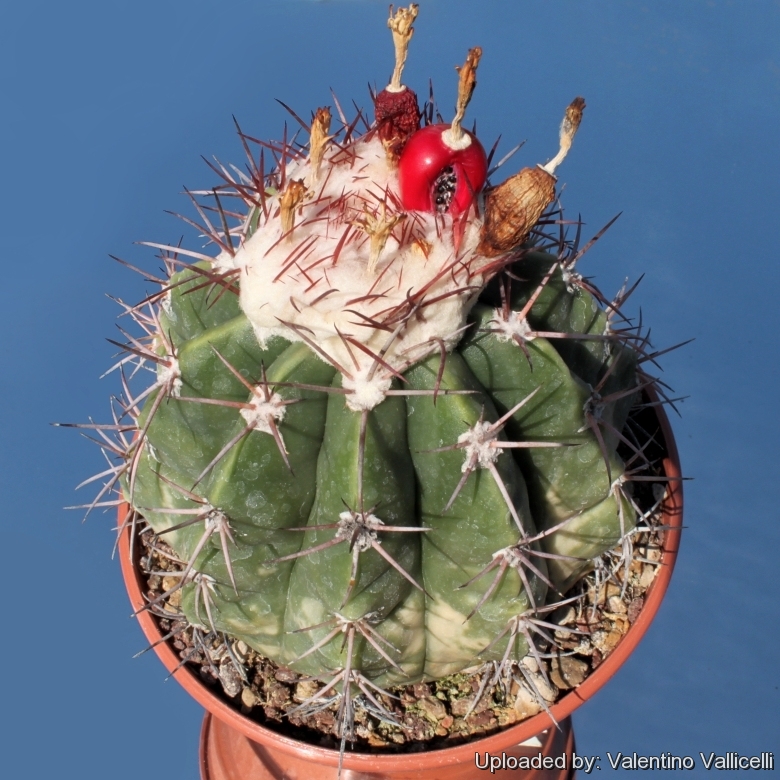 Origin and Habitat: Coastal areas of Venezuela, northern Colombia
Altitude: From sea level up to 700 m.
Habitat: They are often found growing in crevices on the on the nude rock along with some perennial grasses.

Description: The Melocactus caesius is usually solitary and is now often considered as a subspecies of Melocactus curvispinus. The plants shows a considerable variation especially in the number of ribs.
Stem: Depressed globular to oval and often narrowed above, bluish green or greyish green, up to 27 cm in diameter and up to 20(-30) cm tall.
Ribs: 10 to 15 ribs, prominent, deeply furrowed , sharp 2 cm high.
Areoles: Circular, white-wooly about 2-3 cm aprt, slightly sunken in the notches.
Spines: Horn coloured. Radial spines about 6-8 (rarely more), spreading and one central spine similar to the radials, erect, (often missing), about 20 mm long.
Cephalium: Relatively small, broad and low, 3 to 4 cm tall and 7 to 11 cm in diameter whitish-woolly with long reddish-brown bristles, broader than the plants apex.
Flowers: From the cephalium, dark purple to light pink, 18 to 43 mm long and 10 to 25 mm in diameter.
Blooming season: spring to summer open late in the afternoon.
Fruit: Club-shaped to obovoid, dark-pink to wine-coloured slightly lighter at the base up to 3 cm long, 1-1,5 cm thick. Edible.

Subspecies, varieties, forms and cultivars of plants belonging to the Melocactus curvispinus group 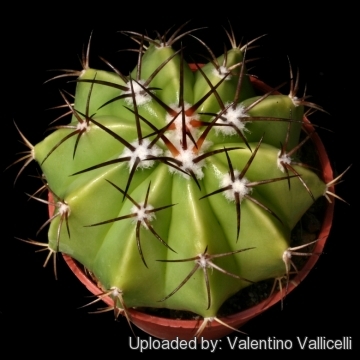 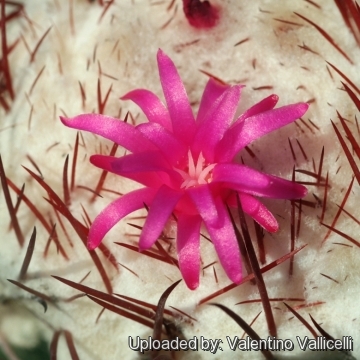 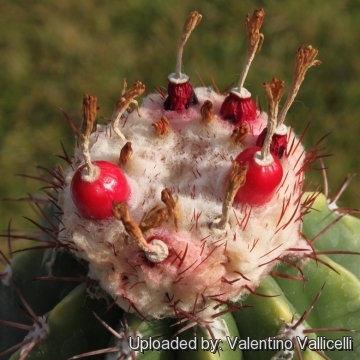 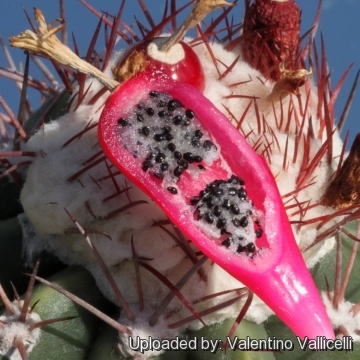 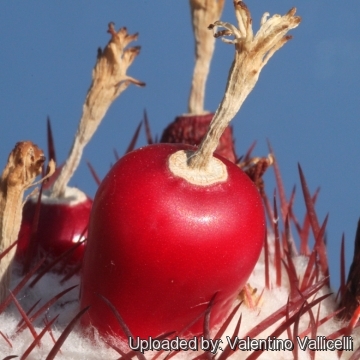 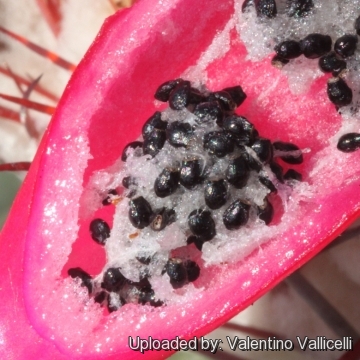 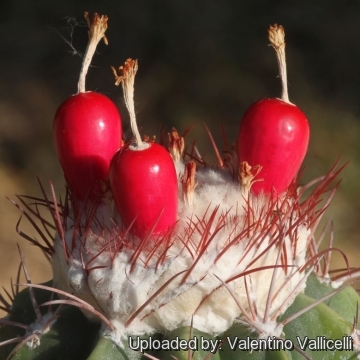 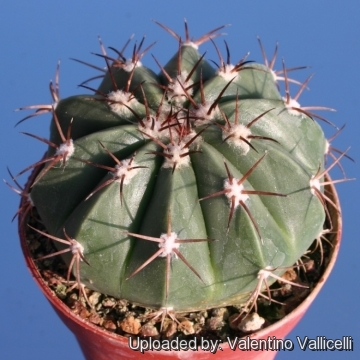 Cultivation and Propagation: These cacti are not the easiest things to grow and aren’t plants for beginners. Melocactus guaricensis grows from April to October, it can’t endure long stretches of total dryness, and also too much water will rot it, as its weak root systems tends to be inefficient at sucking up water from wet soil. Nonetheless, again as a result of their tropical origins, they need a fair amount of water, but allow the soil to dry quite a bit before watering again.
Melocactus rests from October to April but can’t stand cold, or even fairly cool temperatures, so is indispensable to keep it above 8-12°C at all times, severe damage or death occurring at temperatures that the great majority of cacti wouldn’t mind in the least and prefer more frequent water in winter than other cacti, say once a month. Do not feed in winter.
The root system is weak and generally resents being repotted and can take a long time to re-establish. The soil mix should be very quick draining, prefers very bright light, not as much as the most arid growing cacti, but plenty nonetheless.
Propagation: Exclusively by Seeds. Sow in February-march in a light, sandy, porous soil. Cover germinating tray with glass to prevent seed from drying out. Germination is most successful at a temperature of 18 to 22° C.