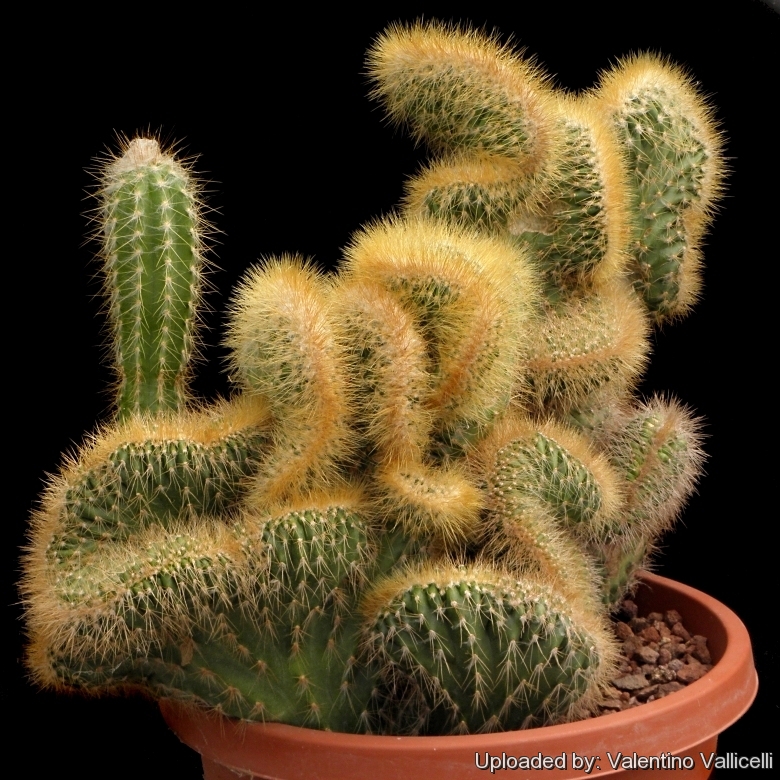 Description: Pilosocereus nobilis is one of the local forms of the widespread Pilosocereus royenii, distinguished for the branches that are green, shining when young, not at all glaucous, 8 to 10-ribbed, but not sufficiently differentiated and considered merely a local variant of the latter (if not the same). The crested form Pilosocereus nobilis f. cristatus is nicely covered with golden yellow spines and white wool and is sought after by collectors, for its unique features. It is also very strong and can grow up to 1 m in diameter and height (or more).
Roots: The root system is broad and near the surface.
Stems: Fan shaped, about 7 cm thick, green. Older basal pats of the branches often form a thick bark.
Ribs: Rounded vertical.
Areoles: About 1 cm apart, at first producing a white little wool and this appressed against the ribs.
Spines: Up to 3,5 cm. long, acicular, at first golden-yellow or amber.
Flowers: Flower-buds obtuse or nearly truncate; flowers rose pink or purple-red fleshy 4 to 6 cm long; upper scales and outer perianth-segments broad, rounded at apex; inner perianth-segments purple; style exerted They extend horizontallv out from the branches and open at night, but last into the next day.
Blooming season: Flowers are found year-round when rainfall is adequate.
Fruits: Depressed globose, pulp white or red. Fruits are edible, juicy and sweet and contain many tiny black seeds. Fruits do not have spines. They are usually found year-round.

Subspecies, varieties, forms and cultivars of plants belonging to the Pilosocereus royenii group 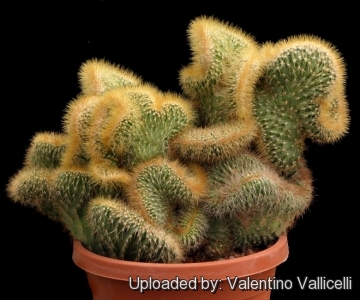 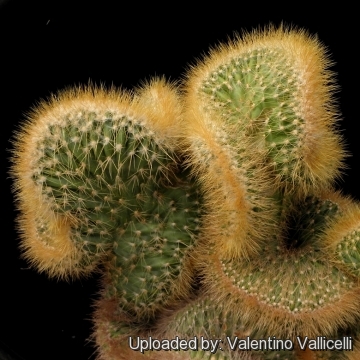 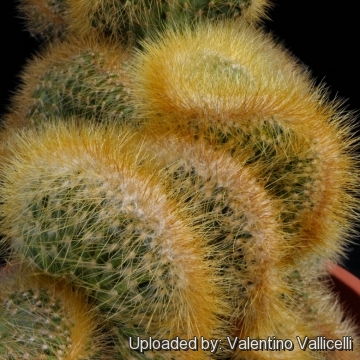 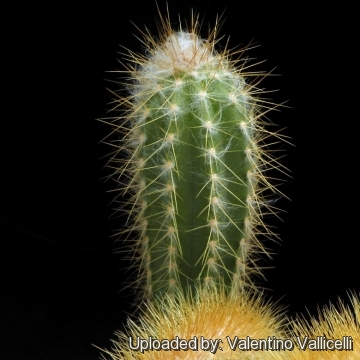 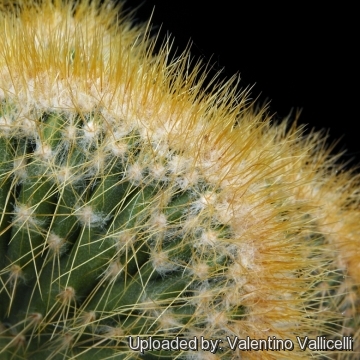