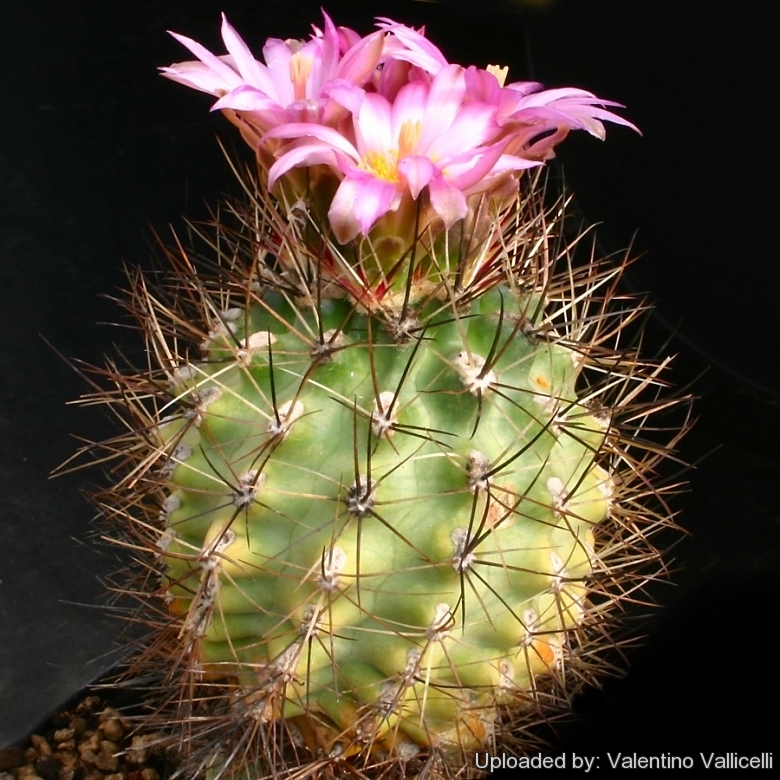 Subspecies, varieties, forms and cultivars of plants belonging to the Sclerocactus glaucus group 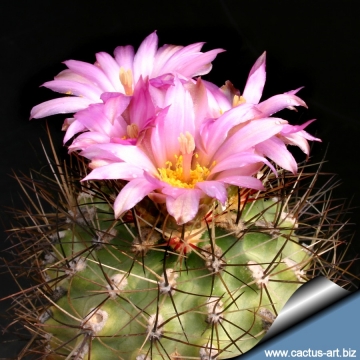 Sclerocactus franklinii Photo by: Cactus Art
Send a photo of this plant.

Cultivation and Propagation: This plant is very rare in cultivation, it is difficult to grow on its own roots and to propagate. Mature individuals easily rot and die especially after planting. The seeds germinate with extreme difficulty and a low rate of success, seedlings do not do well either, and more die each year. Sclerocactus franklinii is extremely xerophytic and adapted to very dry soils, but plants grafted on hardy stock (Opuntia humifusa, Echinocereus triglochidiatus etc...) are relatively easy to grow and no special skill is required, they can stay in a non heated green house. (min tem -20°C) ... This interesting cactus, continues to be a particular prize among specialist collectors.
Propagation: Seeds are extremely difficult to germinate (only 2-3 percent of seeds germinate). The germination is really difficult and if some seedling finally sprout, as they start to grows they disappear one by one. Grafting is often used to speed growth rate and to create a back-up for plants in collection.