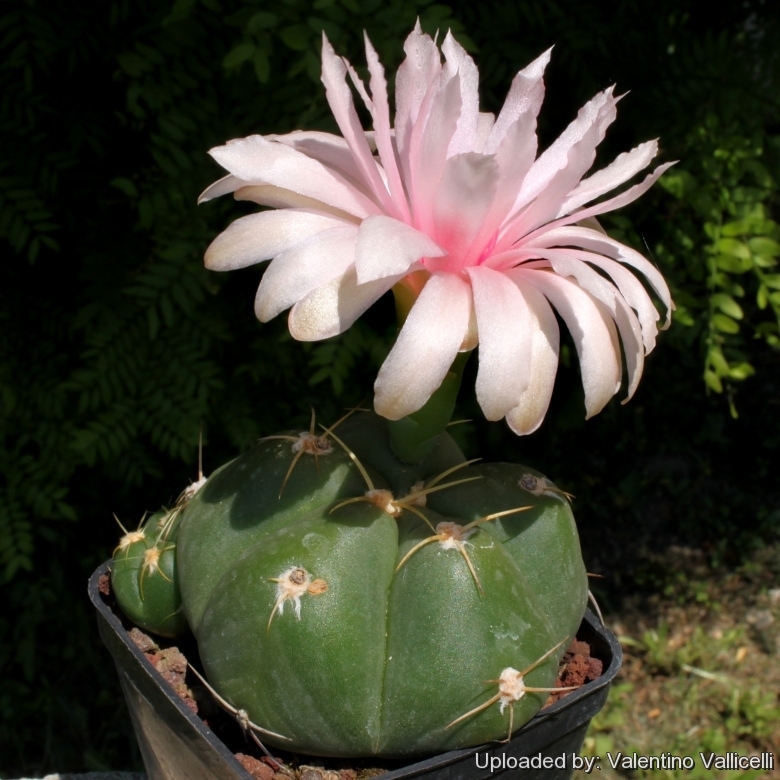 Origin and Habitat: Uruguay, East Paraguay, South Brasil and Northeast Argentina.(extent of occurrence is 40,000 km2)
Altitude: It grows at elevations up to 300 m asl.
Habitat and Ecology: Gymnocalycium horstii grows on rocky outcrops in pampa grasslands. It has a relatively wide range, but the species is scarce and the population severely fragmented. The area where it occurs is under several pressures, such as cattle grazing, agriculture, fire and illegal collection.


Common Names include:
ENGLISH: Sider Cactus (for the shape of the spider-like spines)

Description: Gymnocalycium horstii is a distinctive large cactus, minimally spined with a green ball-shaped body. Usually solitary or slowly clustering as they age. Two subspecies are recognized, the nominate form and subsp. buenekeri (Swales) P.J.Braun & Hofacker. The latter was previously considered a good species, genetic studies are required to see if it should be raised to species level again.
Stem: Smooth, globoid, shiny green, up to 20(-25) cm in diameter.
Ribs: 5-6 cm wide, rounded, somewhat acute, deeply furrowed.
Spines: Few (usually 5 of which one pointing downward others to the sides) , yellowish white, sparse, straight to slightly curved, definite and very irregular, up to 3 cm long.
Flowers: White, pale pink, pink or pale purplish up to 11 cm long and in diameter.
Fruits: Ovoid, blue-green.
Remarks: Gymnocalycium buenekeri and G. horstii are very similar if not identical, both have very similar great pink flowers and the same (usually) five ribbed appearance, and good yellow spines.

Subspecies, varieties, forms and cultivars of plants belonging to the Gymnocalycium horstii group 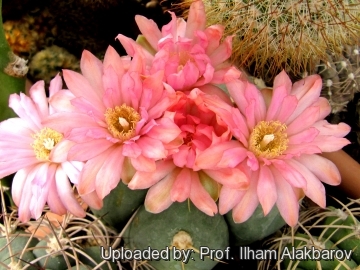 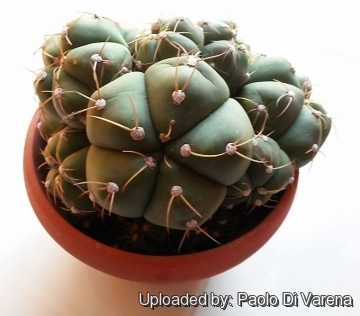 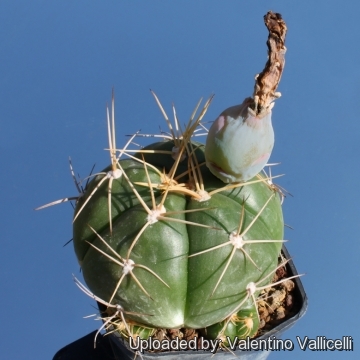 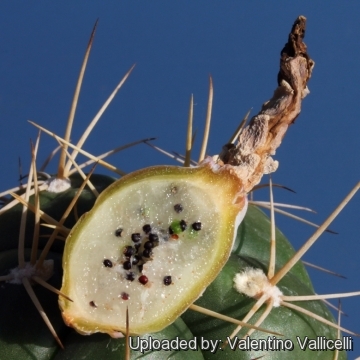 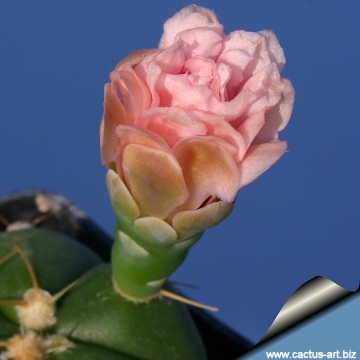 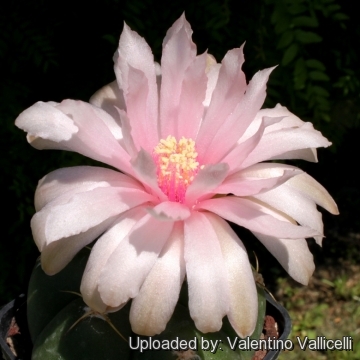 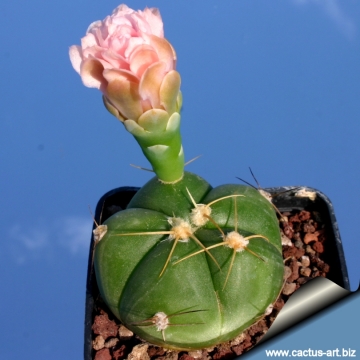 Gymnocalycium horstii Photo by: Cactus Art
Send a photo of this plant.