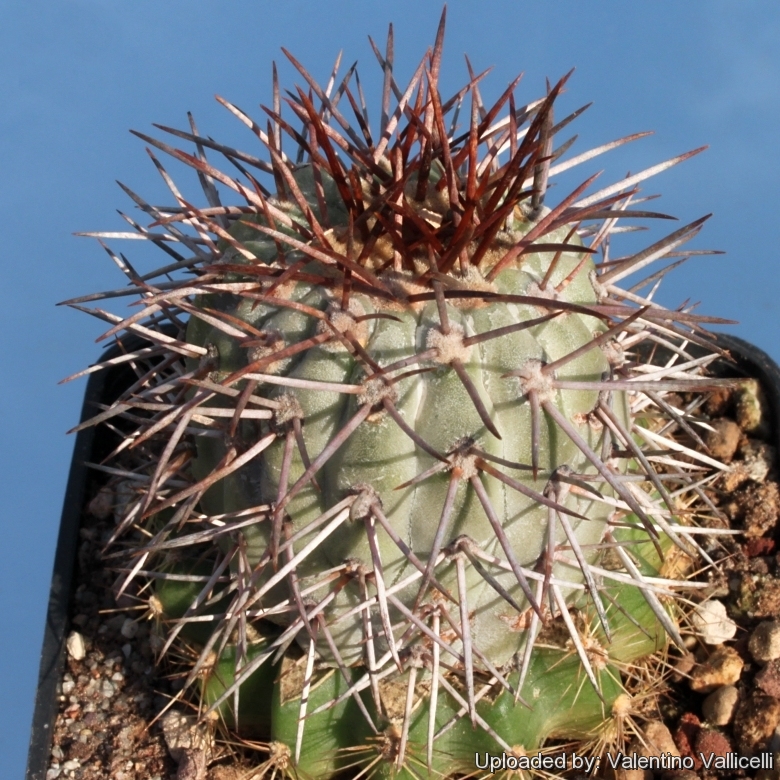 Copiapoa tigrillensis Photo by: Valentino Vallicelli
This is one of the more beautiful copiapoa (It has been suggested that this plant might be a transitional form intermediate between Copiapoa longistaminea and Copiapoa columna-alba.)

Origin and Habitat: Quebrada Tigrillo, Chañaral, Atacama - Chile (South America)
Habitat: C. tigrillensiss grows along the coast line on solid open/porous granite rocks, with apparently no soil but just on gravel. This is a quite different substratum from other localities characterized by high concentrations of nitrates and minerals such as copper and arsenic. Indeed, differences in the appearance of plants may well be due to the different concentrations of chemicals and metals in the soil. This may be the reason why often plants grown in cultivation look different from those in habitat. It is well adapted to dry and bright growing conditions.

Description: It is a very slowing clumping cactus that can eventually form large knee-high clumps up to 1 m in diameter (but usually less). Some of the oldest plant found in habitat might be thousands of years old.
Stems: Globose-flattened, grey-green to ghostly blue, with poor white coat. Individual heads up to 10 cm in diameter and 30-60 cm tall, the apex is wooly.
Areoles: Roundish greyish to orangish 3.6 mm apart.
Spines: Gold to Aber-brownish, straight, rigid.
Radial spines: 4-6 prominent 1-3 cm long.

Notes: This plant - found along the coast at the mouth of the Quebrada Tigrillo - has been named as Copiapoa tigrillensis n.n. (nomen nudum) by Karel Knize with the field number KK1385. It is more properly a local form with amber-brownish spines of the variable taxon Copiapoa longistaminea which have several distinct local form for each valley (Quebrada). The same plant has also been cited as Copiapoa uhligiana. It has been suggested that this plant might be a transitional form intermediate between Copiapoa longistaminea and Copiapoa columna-alba.