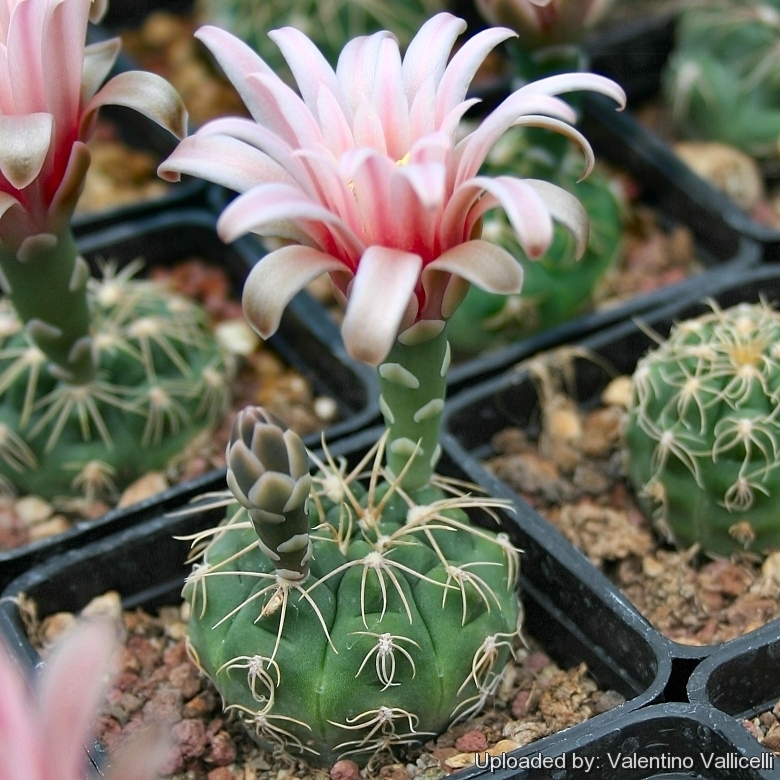 Origin and Habitat: Gymnocalycium capillaense has a wide range north-western part of the province of Cordoba (Sierra Chica, Rio Tercera, Capilla del Monte, Cosquin, San Luis), Argentina. The plant is locally common and abundant.
Altitude range: This species grows at an altitude of 500-1500 metres above sea level.
Habitat and Ecology: The species grows in chaco forest and high-altitude grasslands. There are no major threats to this species.

Subspecies, varieties, forms and cultivars of plants belonging to the Gymnocalycium capillaense group 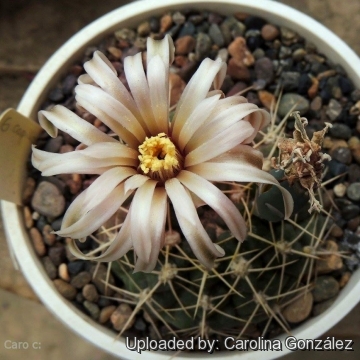 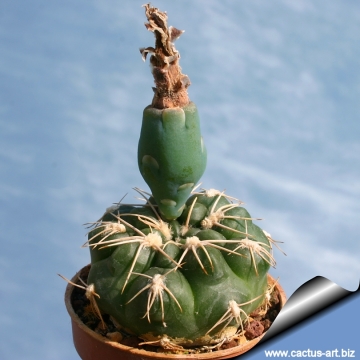 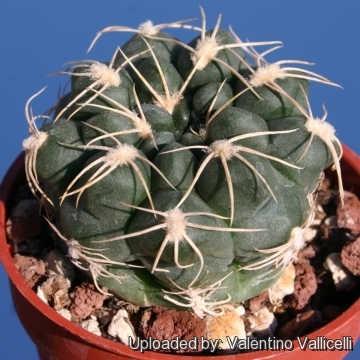 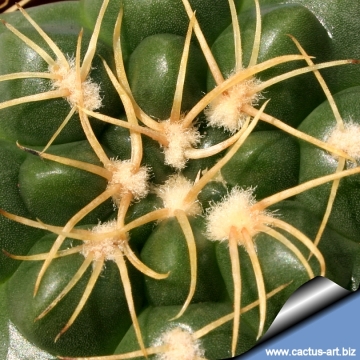 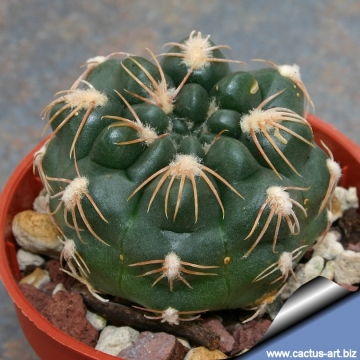 Gymnocalycium capillaense Photo by: Cactus Art
Send a photo of this plant.

Cultivation and Propagation: It is a summer grower species that offers no cultivation difficulties. Water regularly in summer (but do not overwater ) Keep this plant almost dry in winter at a minimum temperature of 0°C, prefer relatively rich substrate and low pH compost (if possible not limestone) otherwise growth will stop altogether. Feed with a high potassium fertilizer in summer. It is quite frost resistant if kept dry (hardy to -5° C)
Sun Exposure: Light shade. It may tolerate bright situations but is likely to suffer from sun scorch or stunted growth if over exposed to direct sunlight during the hottest part of the day in summer. This plant needs plenty of space for its roots, repotting should be done every other year or when the it has outgrown its pot. This species is particularly easy and accommodating, seldom suffer of cryptogamic diseases.
Propagation: Direct sow after last frost. (seldom produces offsets). Seed Collecting: Permit fruit to ripen. Fruit must be significantly overripe before harvesting seed; clean and dry seeds.