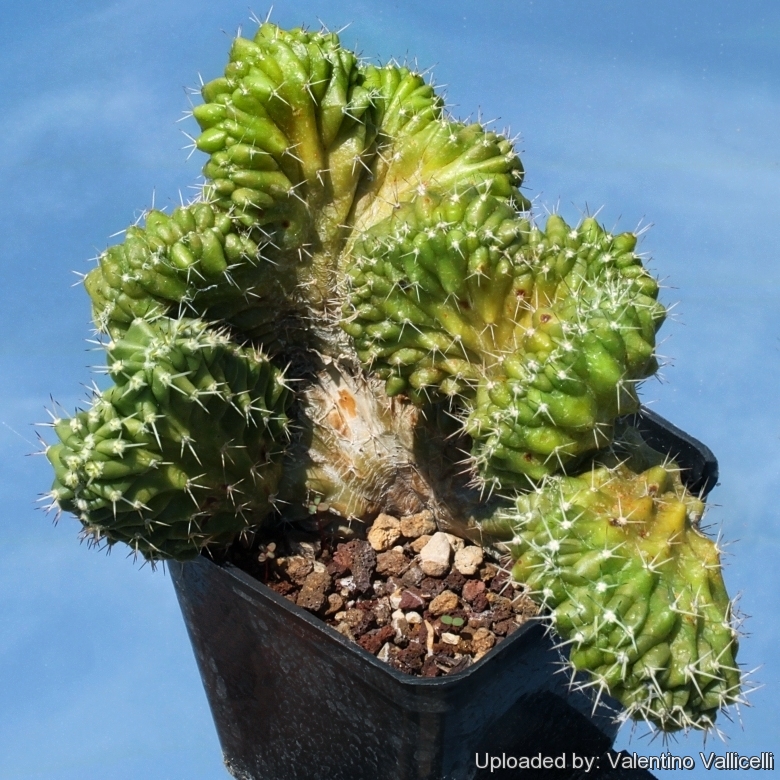 Description: The typical Echinocereus pentalophus is a well known and widely grown clumping cactus that form large cushion. The crested form is not so easy to found as the normal plant.
Crested form: The crested form Echinocereus pentalophus f. cristatus is sought after by collectors, for its unique features and can grow up to 20 cm in diameter and height (or more). Seems to be a pretty variable plant with several clones.
Stems: Light green to reddish-purple to dark or yellowish-green. The crested stems are relatively weak, up 2,5 cm in width.
Central spines: 0 or 1 central spine;
Radial spines: 4 or 7, short, brown, yellowish, tan or ashy white, needle-like or bristly, usually stiff and straight. 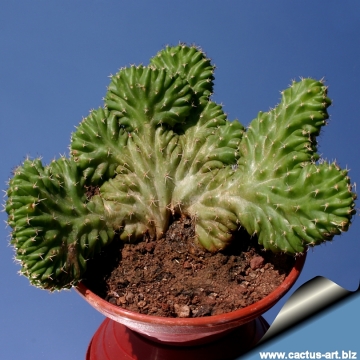 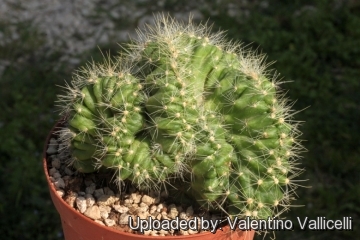 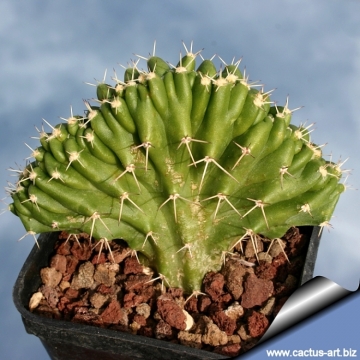 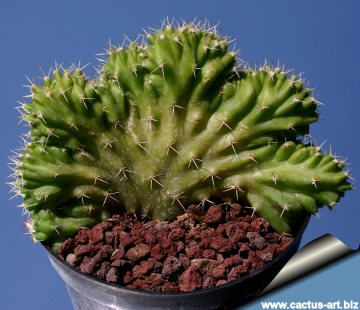 Cultivation and Propagation: The crests are frequently grafted onto a Myrtillocactus geometrizans trunk, but are easily grown on their own roots. Indicated for full sun exposure. Water regularly from March to October. Rot prone in winter, it needs good drainage, It should be kept in a cool place during winter rest (it can briefly tolerate temp. as low as -7°C). Stems may possibly become purple and limp in winter, but revitalize in early spring. Any normal shoots should be removed to promote the growth of the crest.
Crested growth: Unlike 'monstrose' varieties of plants, where the variation from normal growth is due to genetic mutation, crested growth can occur on normal plants. Sometimes it's due to variances in light intensity, or damage, but generally the causes are unknown. A crested plant may have some areas growing normally, and a cresting plant that looks like a brain, may revert to normal growth for no apparent reason. Any normal shoots should be removed to promote the growth of the crest.
Propagation: Grafting, It can also be increased by cuttings, which will take root in a minimum temperature of 20° C. Cuttings of healthy shoots can be taken in the spring and summer, Cut the stem with a sharp, sterile knife, leave the cutting in a warm, dry place for a week or weeks (depending on how thick the cutting is) until a callus forms over the wound. Once the callus forms, the cutting may be inserted in a container filled with firmed cactus potting mix topped with a surface layer of coarse grit. They should be placed in the coarse grit only; this prevents the cut end from becoming too wet and allows the roots to penetrate the rich compost underneath. The cuttings should root in 2 to 6 weeks.