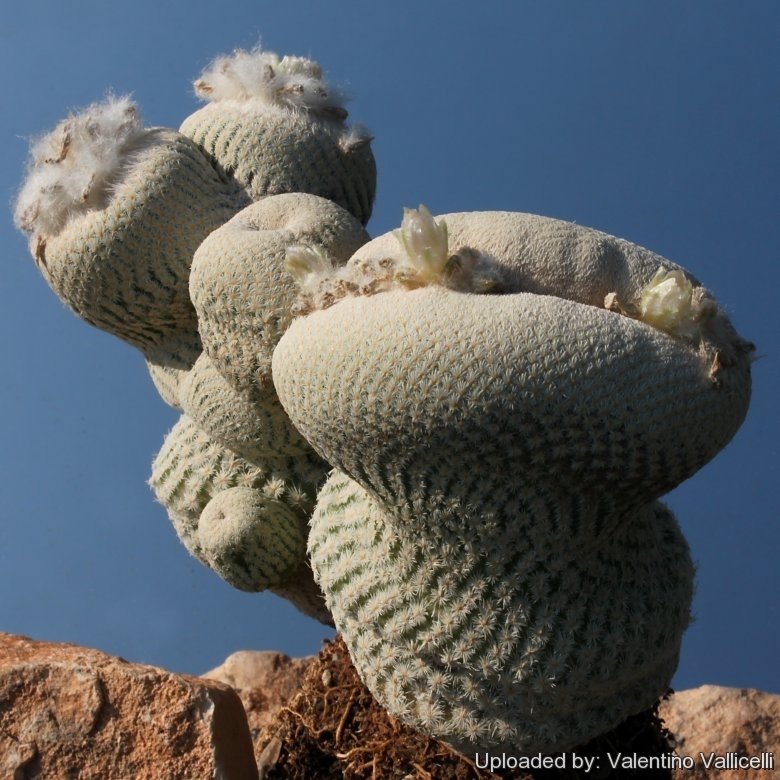 Origin and Habitat: Chihuahuan Desert of South Texas, in Brewster/Sanderson County and northern Mexico in Coahuila and Chihuahua.
Habitat: Epithelantha bokei is an edaphic specialist growing in dense groups on very specific calcareous strata on raised limestone hills and ledges in xerophyllous scrub. It is locally abundant and it grows in many inaccessible areas, however some subpopulations are threatened by illegal collection.

Description: It is a is a slow-growing mini cactus (usually solitary), with only 2-3 cm of stem height, covered so densely with closely appressed tiny white spines that the plants appear to be completely white and smooth to the touch.
Flower: Flowers are pale pink or yellowish, very delicate, appearing in July.
Fruits: Fruits are smooth, approximately 1 cm long, bright red, edible and enjoyed by birds.
Remarks: In periods when water is available it is an almost completely rounded cactus. In drought periods, and during winter rest, plants shrinks and draw back down to ground level, to conserve moisture.

Subspecies, varieties, forms and cultivars of plants belonging to the Epithelantha bokei group 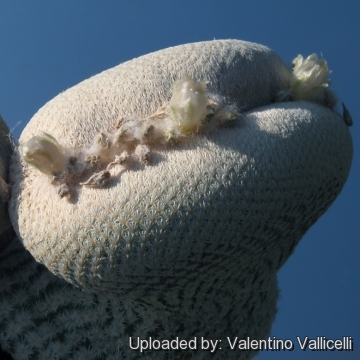 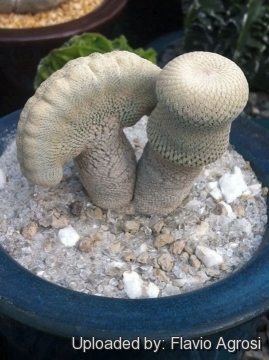 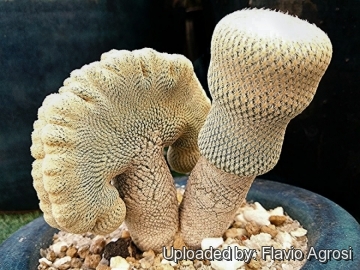 Cultivation and Propagation: Although regarded as a choice and difficult plant, in cultivation it is relatively easy, but very slow growing.. These plants need very coarse potting soil that drains well (rot prone). Waterings should be rather infrequent, to keep the plant compact and not become excessively elongated or unnatural in appearance.
Frost Tolerance: Depending on the variety, it will take -5° C (or less) (Temperature Zone: USDA 8-11).
Sun Exposure: It requires strong sun to part sun to develop good spinal growth, but some summer shade in the hottest hours of the day is beneficial. Assure a good ventilation.
Propagation: Grafting or cuttings.