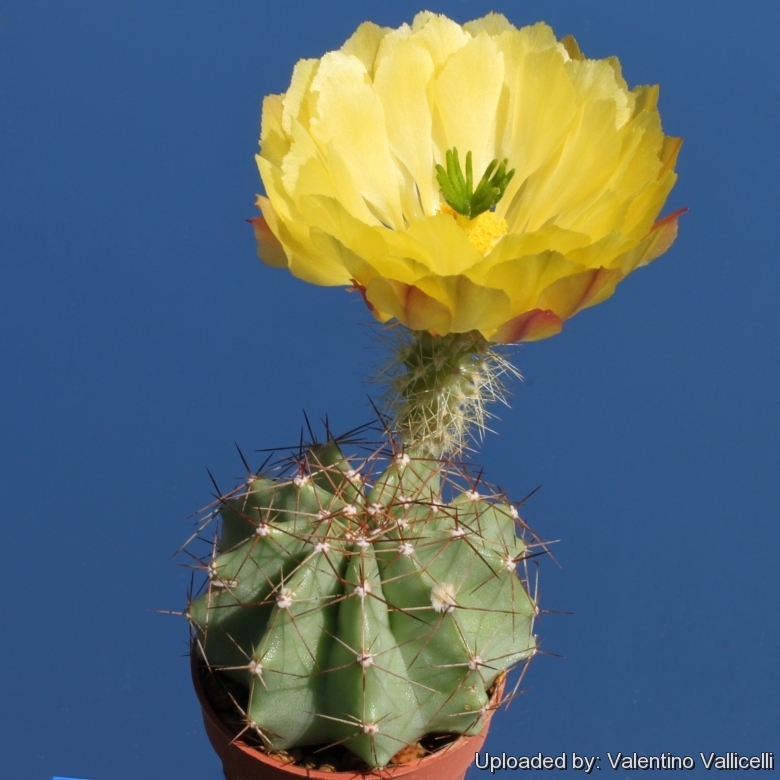 Description: Echinocereus subinermis var. ochoterenae is one of the varieties of the wide ranging and very variable Echinocereus subinermis distinguished for its thick, slightly elongated and always spiny stems. It has about 10 ribs with 1-4 short dark central spines. The flowers are very showy, canary yellow but smaller than in the other varieties of Echinocereus subinermis.
Habit: Cylindrical cactus, at first simple but usually clustering with time from the base.
Stem: When young pale green, afterwards bluish green and finally darker green with occasionally some reddish areas, 4-10 cm tall,4-7 cm in diameter.
Ribs: 8-11 (mostly 10) slightly notched with narrow furrows between them, broad somewhat sinuate, rounded.
Areoles: Small, slightly woolly, 10 mm apart.
Spines: Younger plants have short spines while older ones are almost spineless.
Central spines: 1 to 4 (Usually absent in standard Echinocereus subinermis) mostly very short, occasionally up to 2 cm long, dark porrect.
Radial spines: 8 or 9, widely spreading, small, unequal, conic, the 2 upper ones being shorter, 5-10 mm long, yellowish, or creamishi with a darker tip, deciduous.
Flowers: Funnelform, from near the top of plant, and from second to third areoles on the ribs, showy up to 4,5-6,5 cm long and 4,7,5 cm in diameter (up to 13 cm broad in standard Echinocereus subinermis), perianth segments oblanceolate, acute, canary-yellow delicately sweet-scented, often with some reddish midstripes. Stigma with 8-11 green lobes. Filaments light yellow. Spines of areoles on ovary and flower-tube short, white to brown with scarce white wool..
Blooming season: Spring and summer. The individual flowers will last up to six days. Blooming generally begins 4 to 5 years after sowing, as the plant matures.
Fruit: Obovoid, up to 2 cm long, spiny, dark grey-green with white pulp, deciduous by a longitudinal split. 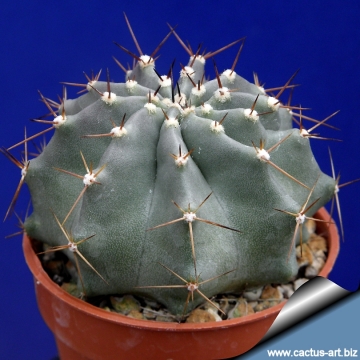 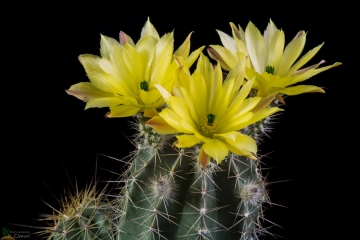 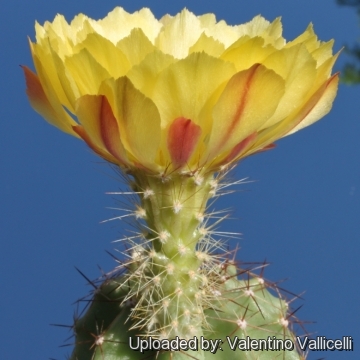 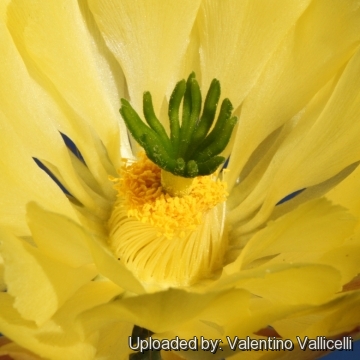 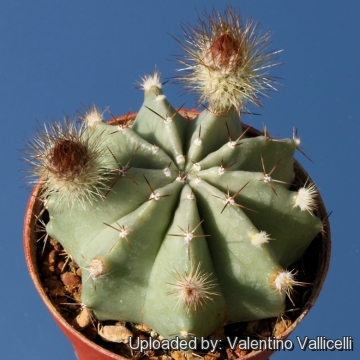 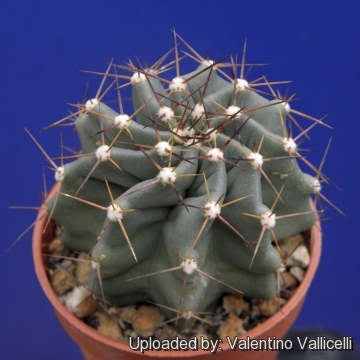 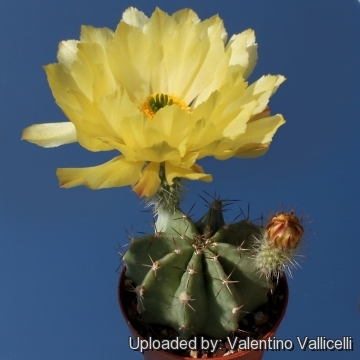