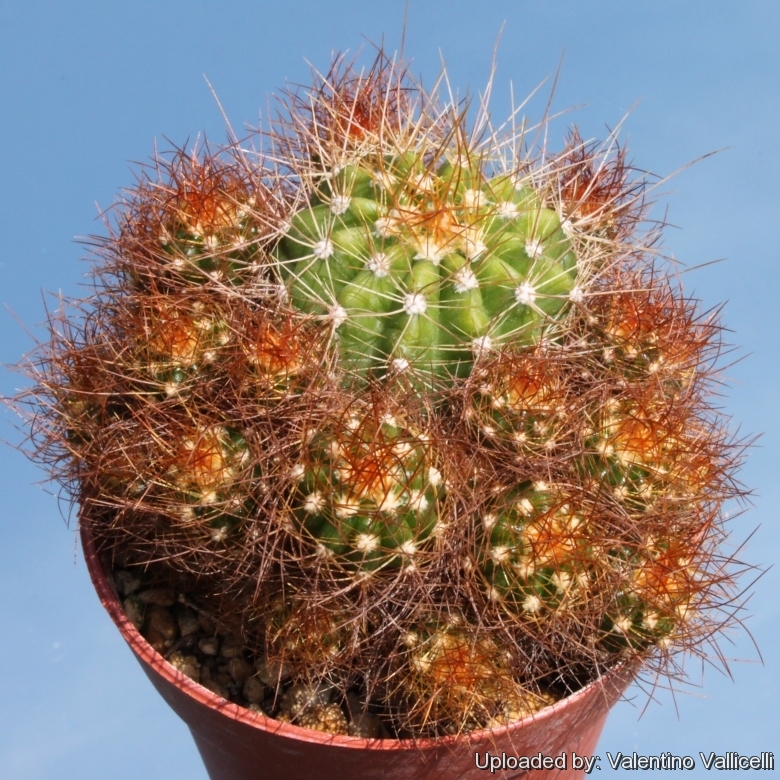 Description: Coleocephalocereus purpureus f. caespitosus an odd clustering plant that forms lots of axillary shoots from the areoles at the base of the stem, while the typical Coleocephalocereus purpureus (= Buiningia purpurea) is a solitary or few branched plant.
Growth habits: It is a mutant form that clusters like a mad just at an early age, readily forming crowded mounds or cushions with dozen of small heads.
Stem. Deep green often smaller than the type.
Areoles: Grey woolly.
Cephalia: Growing laterally near the stem's tip, with grey wool and golden yellow to brown bristles, but seldom the stems of Coleocephalocereus purpureus f. Caespitosus are big and powerful enough for starting to flower.
Spines: Golden yellow to red, later grey.
Central spines: 4, one as long as 7 cm , others 3-3.5 cm
long.
Radial spines 12, spreading, needle-like, somewhat curved, 12-25 mm long.
Blooming Habits: Purplish red, nocturnal, tubular, very melocactus-like flowers, up to 30 mm long and 12 mm in diameter.
Fruits: Globose to oval, shiny red, 17—25 mm long, to 17 mm in diameter.

Subspecies, varieties, forms and cultivars of plants belonging to the Coleocephalocereus purpureus group

Notes: Lateral cephalia occurs in several species of cacti like Espostoa, Pseudoespostoa, Thrixanthocereus, Vatricania (now all considered to be Espostoa), Buiningia, Facheiroa, Micranthocereus and others. These plants are all columnar and grow as ribbed green juvenile columns with an ordinary sparse spine cover. Once old enough, they begin making a cephalium, but only along one side. 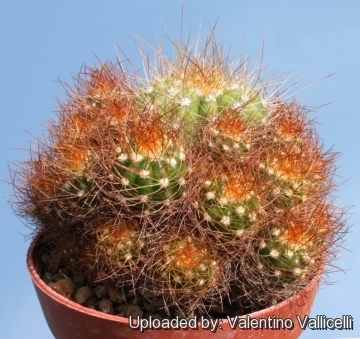 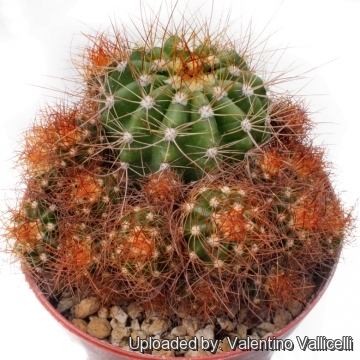 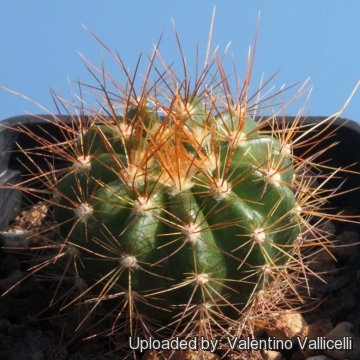