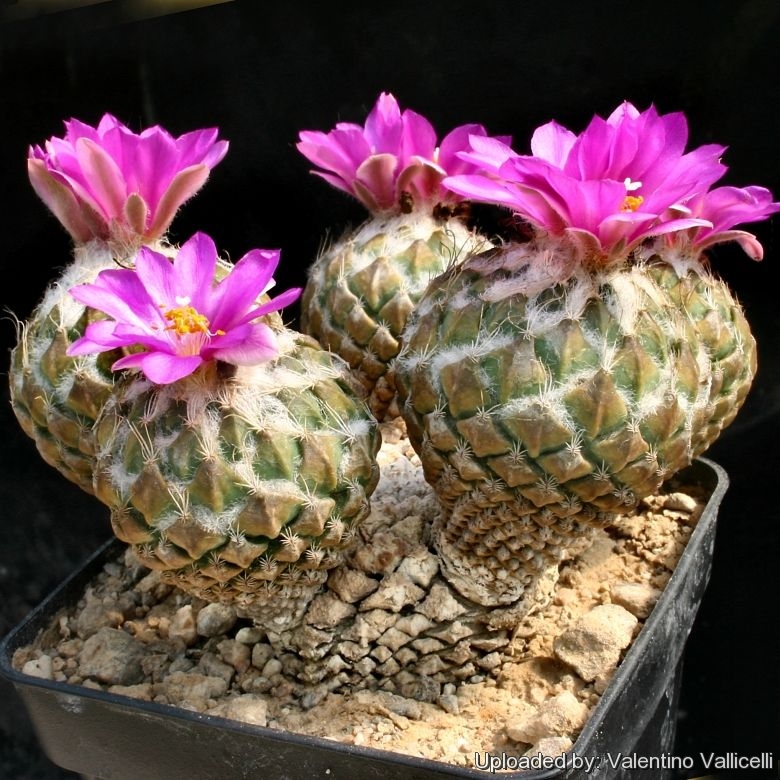 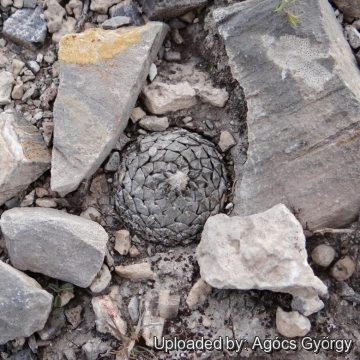 The stems are flush and well camouflaged with the soil surface resembling limestone chips in shape, colour, and texture (Pelecyphora strobiliformis) Photo by: Agócs György 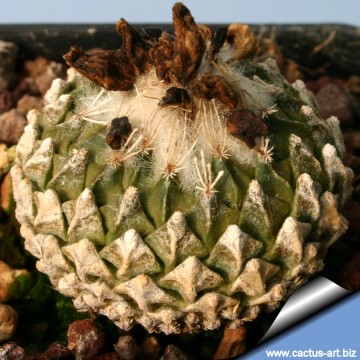 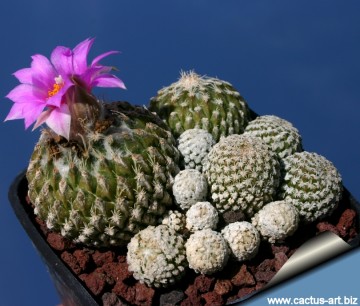 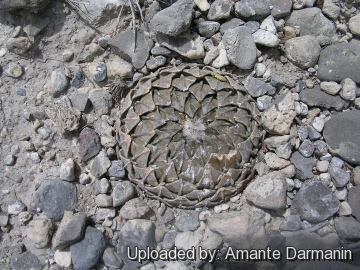 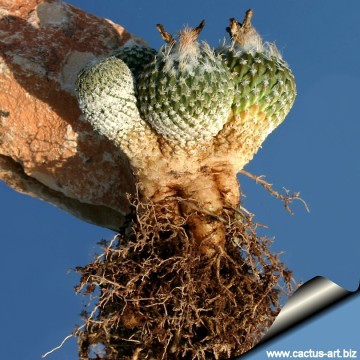 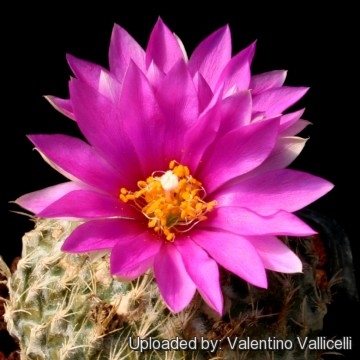 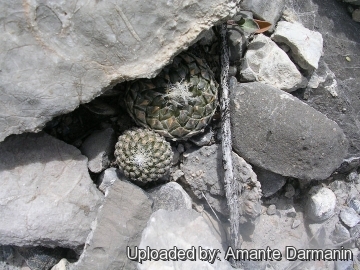 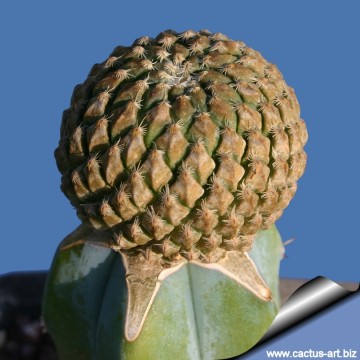 In cultivation they are often grafted on stronger species, called the stock, that can be any number of different columnar cacti. (Pelecyphora strobiliformis) Photo by: Cactus Art

by Valentino Vallicelli
There are a total of 20 Photos.
Click here to view them all!
Cite this page: "Ariocarpus strobiliformis" Text available under a CC-BY-SA Creative Commons Attribution License. www.llifle.com 14 Nov. 2005. 07 Feb 2023. </Encyclopedia/CACTI/Family/Cactaceae/1546/Ariocarpus_strobiliformis>