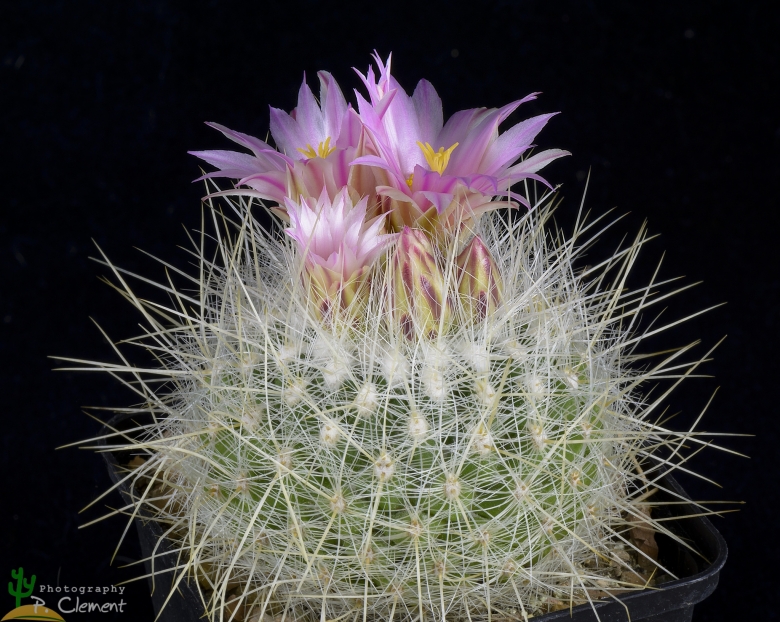 Origin and Habitat: This species has a very small range in the Chihuahuan Desert on the border of the states of Coahuila and Nuevo León, Mexico (extent of occurrence is less than 100 km²).
Typical locality: 33 km northeast of Saltillo on hwy 40 to Monterrey, Coahuila (Mexico, Northern America)
Altitude: It grows at an elevation of about 1500 metres above sea level.
Habitat: Occurring in matorral xerofilo (shrubland) on limestone hills. This plant is quite rare and only known from a from a singlelocation in the wild. Illegal collection may be a problem.

Description: Solitary cactus that can in time grow several heads.
Stem: Light green, up to 10 cm tall and 10 cm wide.
Ribs: Indistinct divided in conical tubercles.
Areoles: White
Radial spines: Glassy white acicular, usually between 15 and 25.
Central spines: 2-4 white or light yellow.
Flowers: Funnel-shaped, pink (or magenta) with a yellow centre and about 6 cm wide Not self-fertile.
Blooming season: Usually flowers only once in mid to late winter (or early spring) but sometimes it can do a 2nd round like it happens with all seasonal bloomers once in a while.
Fruit: Green and shiny. Hairless and spineless. 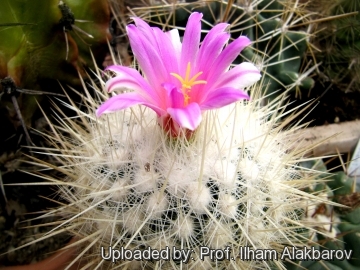 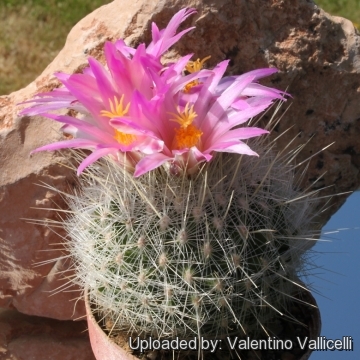 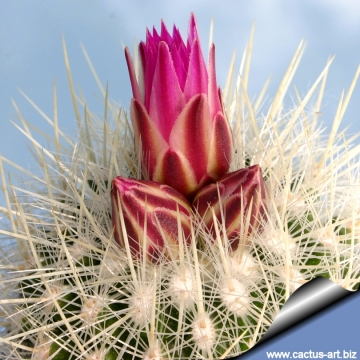 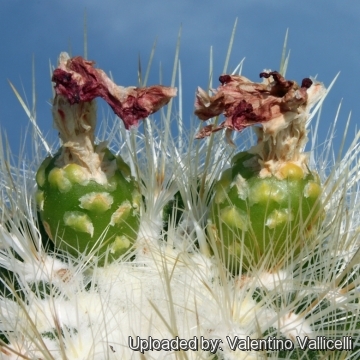 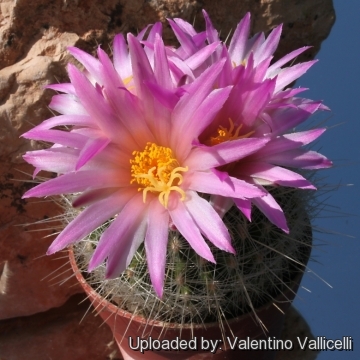 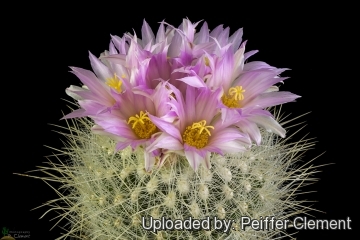 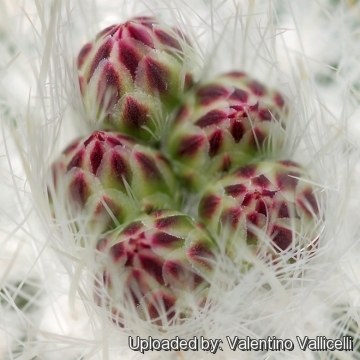 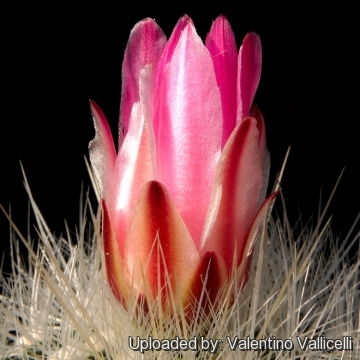 Cultivation and Propagation: It is a summer grower species and does not require any special treatment. Water regularly from Spring to Autumn, but do not overwater. Requires full sun or light shade and careful watering to keep plant compact with strong spines. It will stand as much sun as you can give it, as long as there is good air circulation.
Needs good drainage and very porous potting mix, it can become too elongated if compost is too rich.
It will flower much better if it has a cool resting period during the winter, when little or not water is given. Frost Tolerance: Hardy to -7° C.
Propagation: From seed (usually) or cuttings.

by Valentino Vallicelli
There are a total of 17 Photos.
Click here to view them all!
Cite this page: "Thelocactus macdowellii" Text available under a CC-BY-SA Creative Commons Attribution License. www.llifle.com 14 Nov. 2005. 31 Jan 2023. </Encyclopedia/CACTI/Family/Cactaceae/14974/Thelocactus_macdowellii>