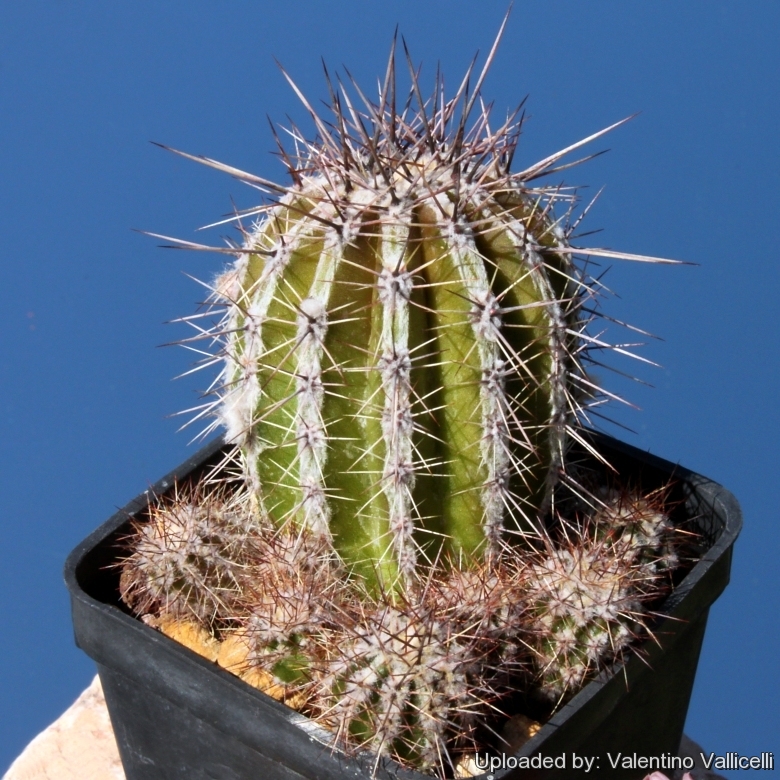 Echinopsis cv. Haku-jo Maru Photo by: Valentino Vallicelli
This cultivar is really different and original, it has a characteristic white tomentose line that connect the areoles one to each other.

Description: This Japanese cultivar has a very peculiar rib shape. The woolly areoles on the ribs have a felty line between them so it seems like the areoles are connected with each other. It is thought that this interesting cultivar is a chimaeric plant composed of two genetically different strata of cells. This meristematic mutation originated probably from a normal Echinopsis. The flowers like most other Echinopsis hybrid are long trumpet shaped white and scented. This plant can grow quite fast. 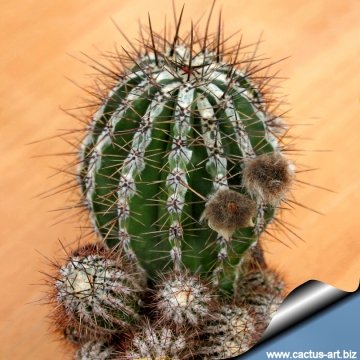 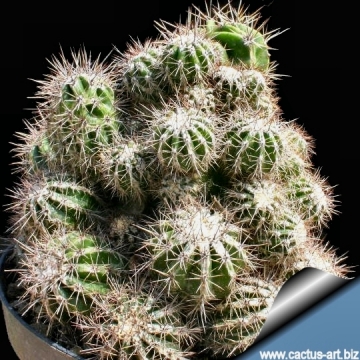 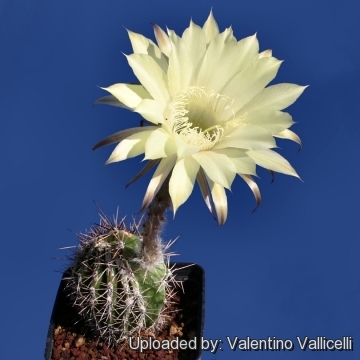 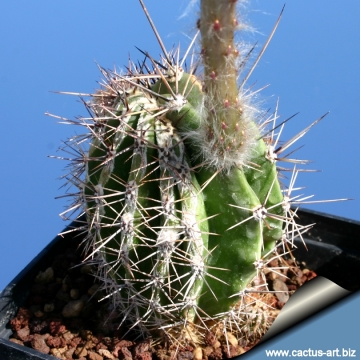 The flowers are produced only when a normal ribs appears from reversion to the original non-mutant form. Photo by: Cactus Art 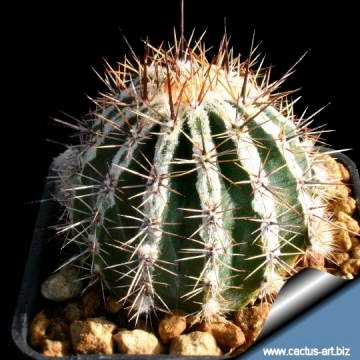 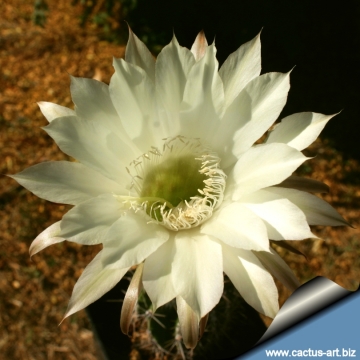 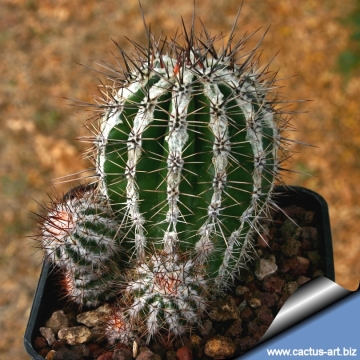 Cultivation and Propagation: It is a fairly easy plant to grow both grafted or in its own roots. During the summer it is best to keep the plants outside where the temperature can rise to over 30 C with no harm to the plant. Furnish good drainage and use a an open and free draining mineral compost that allows therefore roots to breath. They like only a short winter's rest and should be kept almost completely dry during the winter months, If the soil is allowed to be dry for too long root loss could follow but equally the same result would occur if the plants are both wet and cold. From March onwards the plant will begin to grow and watering should be increased gradually until late May when the plant should be in full growth.
Water regularly during the summer so long as the plant pot is allowed to drain and not sit in a tray of water. During hot weather you may need to water the plants more frequently so long as the plant is actively growing. From late September watering should be reduced to force the plant to go in to a state of semi dormancy, by October you should be back in to the winter watering regime.
Need full sun avoiding only the harshest summer sun, if kept too dark they may become overly lush and greener and could be prone to rotting due to over watering.
Feeding may not be necessary at all if the compost is fresh then, feed in summer only if the plant hasn't been repotted recently. Do not feed the plants from September onwards as this can cause lush growth which can be fatal during the darker cold months.
Propagation: By vegetative propagation grafting or stem cuttings, since the plant offset abundantly. These offsets can be detached and planted immediately as they root easily with no assistance when they touch the ground.