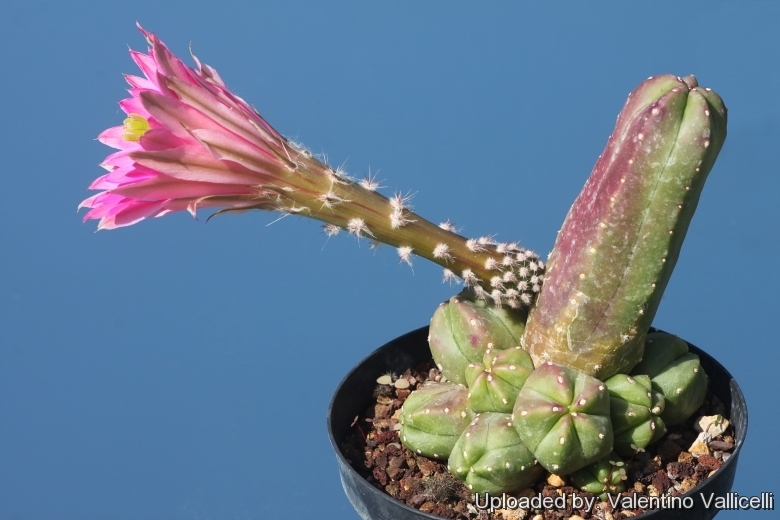 Origin and Habitat: Described from cultivated material. TL: Unknown [received from Hummel in 1937 without location noted, but probably from Sonora, Mexico

Description: Echinocereus scheeri subsp. gentryi cv. Cucumis is a odd looking dangling cactus with curious naked, cucumber-like stems. It is scarcely distinct from the type of var. gentryi, but “gentryi” sometime has very short spines, while “Cucumis” is always spineless.
Habitat: It is a caespitose, pendulous, or decumbent plant. Old plants may have 13 or 20 stems and are quite large and heavy.
Stems: 30-60 cm long, but occasionally as long as 1 metre, the old parts coriaceous.
Ribs: 4 to 5 rounded not tuberculate.
Areoles: Closely spaced, about 2-7 mm apart
Spines: Absent.
Flowers: Trumpet-shaped up to 14 cm long, pale purplish pink, often nearly white inside. Spines on the flowers and fruits to only 3 mm long. Flowers bud sharply pointed.
Blooming season: It is one of the early species to bloom in spring, flowers remain fully open most of the day and night (or partially closing during the hottest part of the day).
Fruit: Ovoid up to 2 cm long, bright green with white pulp, splitting along one side, with easily detaching spines. 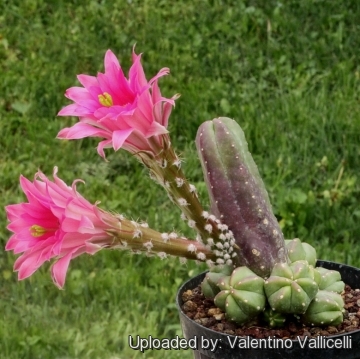 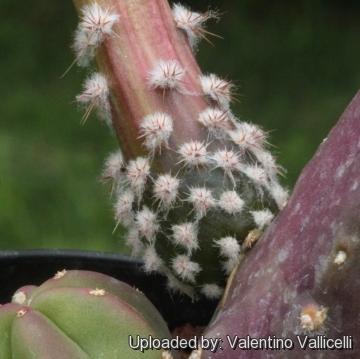 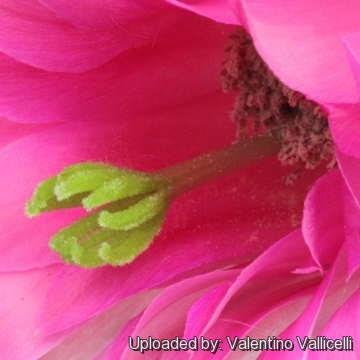 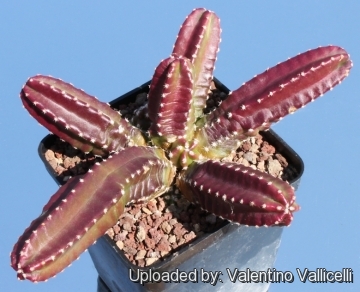 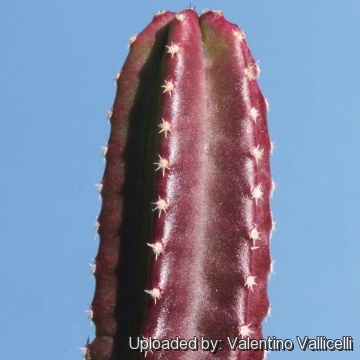 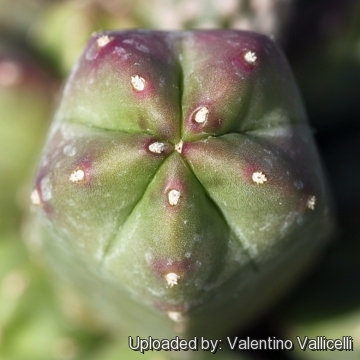 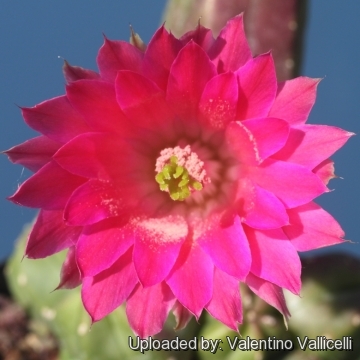 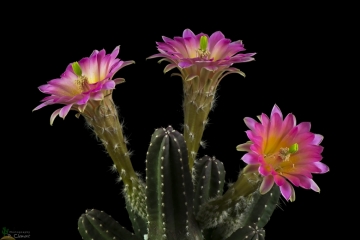 Cultivation and Propagation: In culture Echinocereus scherii subsp. gentryi is without problems, easy to grow, very attractive and regularly shows its beautiful flowers, if provided with an adequate winter rest period.
Growth rate: It is a relatively rapidly growing species that will make clumps given the best conditions.
Soils: It likes very porous standard cactus mix soil.
Repotting: This plant needs plenty of space for its roots, repotting should be done every other year or when the it has outgrown its pot. Use pot with good drainage.
Watering: It is sensitive to over-watering (rot prone), and needs good drainage. Keep drier and cool in winter. In the summer it need an airy location in bright sun; keep it well watered when it's hot.
Fertilization: Feed with a high potassium fertilizer in summer.
Hardiness: In the winter light, cool, and absolutely dry conditions. Reputedly resistant to frost if kept on the dry side prior to, and during, cold weather (hardy to -7° C or less for short periods of time, USDA Zone 9 to 10). In mild climate they grow well when planted freely outside in well-drained soil.
Exposition: The plant tolerates bright situations which encourages flowering, but is likely to suffer from sun scorch or stunted growth if over exposed to direct sunlight during the hottest part of the day in summer. It may tolerate filtered sunlight or afternoon shade.
Uses: It is an excellent plant for container growing. It look fine in a cold greenhouse and frame or outdoor in a rockery.
Pests & diseases: It may be attractive to a variety of insects, but plants in good condition should be nearly pest-free, particularly if they are grown in a mineral potting-mix, with good exposure and ventilation. Nonetheless, there are several pests to watch for:
- Red spiders: Red spiders may be effectively rubbed up by watering the plants from above.
- Mealy bugs: Mealy bugs occasionally develop aerial into the new growth among the wool with disfiguring results, but the worst types develop underground on the roots and are invisible except by their effects.
- Scales: Scales are rarely a problem.
- Rot: This species is particularly easy and accommodating, seldom suffer of cryptogamic diseases. Rot it is only a minor problem with Echinocereus if the plants are watered and “aired” correctly. If they are not, fungicides won't help all that much.
Propagation: Seeds or (usually) cuttings, as it can branch from the base. To make a cutting twist off a branch and permit it to dry out a couple of weeks, lay it on the soil and insert the stem end partially into the soil. Try to keep the cutting somewhat upright so that the roots are able to grow downward.