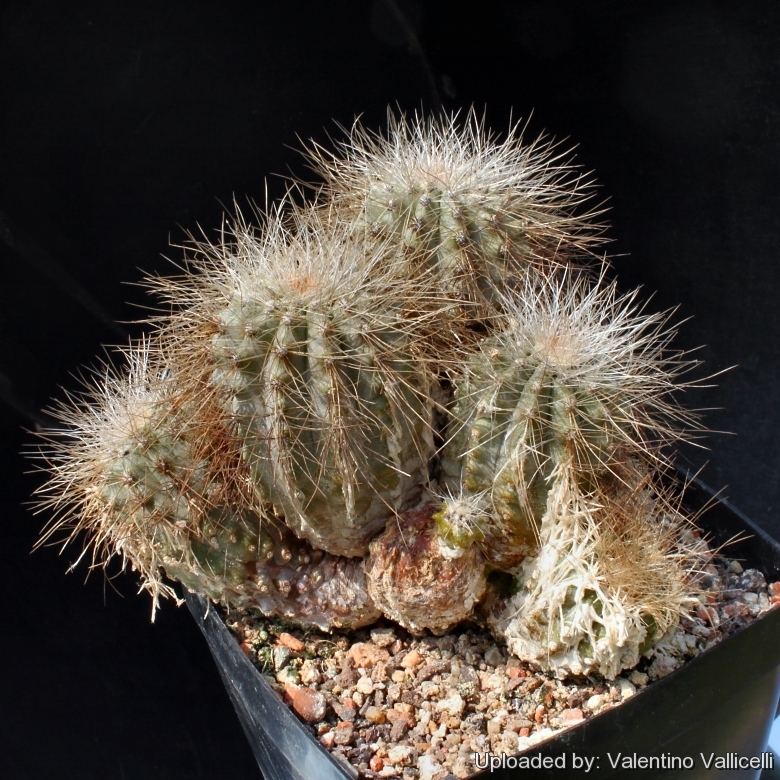 Origin and Habitat: Copiapoa krainziana is endemic to a very small area of about 60 km2 in Chile, II Region Atacama desert, Antofagasta, north of Taltal, coastal mountains. Typical area is San Ramon Valley.
Altitude: 400-1200(-2000?) meters above sea level.
Habitat: This species strives fully exposed to the sun in extremely dry areas with very rare rainfall, on coastal hills (lomas costeras) and canyons on plains and on slopes facing north. They often grows mingled with clumps of Copiapoa cinerea f. haseltoniana and columnar Eulychnia. The dry season lasts 8-12 months and in some years it is possible to have no rainfall at all. Rainfall less than 100 mm/year. The plants obtain water mainly from condensation of coastal fog (camanchaca). By the middle of the morning however, the fog cover dissipate and sun breaking through the gaps warming the ground. Special attention needs to be paid to illegal collection because it is a very attractive species, even though pressure on the wild population has been reduced through seed availability and propagation of individuals through cultivation.

Description: Copiapoa krainziana is one of the more beautiful and popular Copiapoa, it is really the most extreme of a very variable population.
Habit: Solitary or forming large clumps up to 1 m wide densely covered by spines.
Stems: Globose to cylindrical usually grey to green in hue, up to 12 cm wide with a woolly crown.
Ribs: 13 to 24 ribs, straight.
Areoles: Large, roundish, with grey wool.
Spines: Variable, densely distributed, needle-like, long, very thin, straight or curved, flexible usually white or greyish (or sometime brownish in the so called forma 'brunispina')
Central spines: 14 to 20 up to 2,5 cm long (or more)
Radial spines: 10 to 12 greyish approx 2 cm long.
Flowers: Clear yellow, 3.5 cm long.
Fruits: White or rose, up to 1 cm long.
Remarks: Pretty, white-spined forms need to be large before flowering; darker-spined plants grow faster. 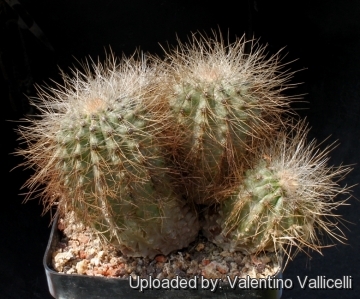 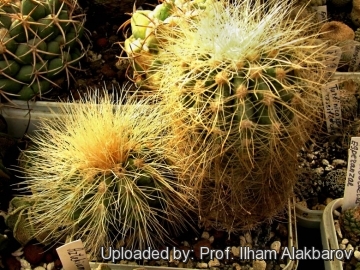 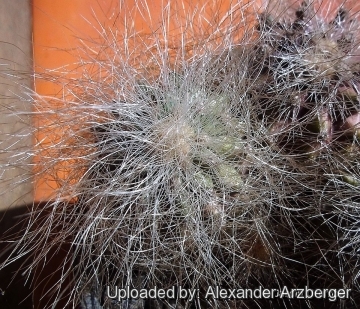 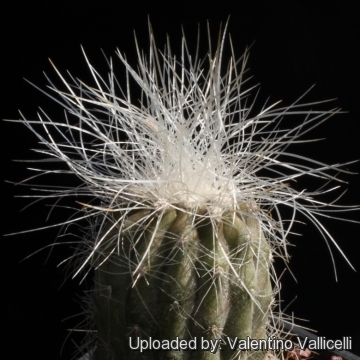 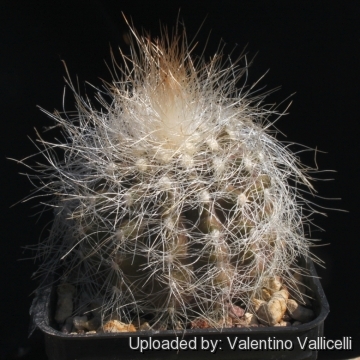 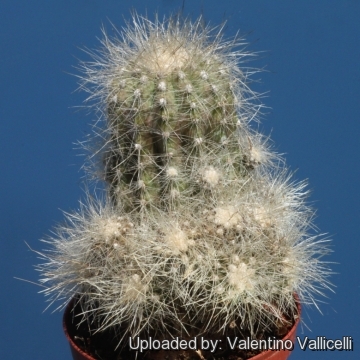 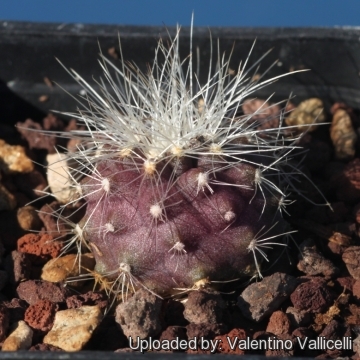 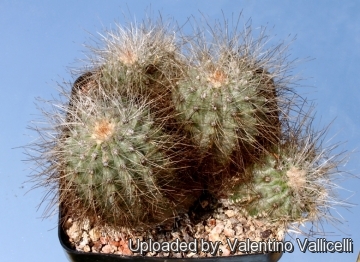