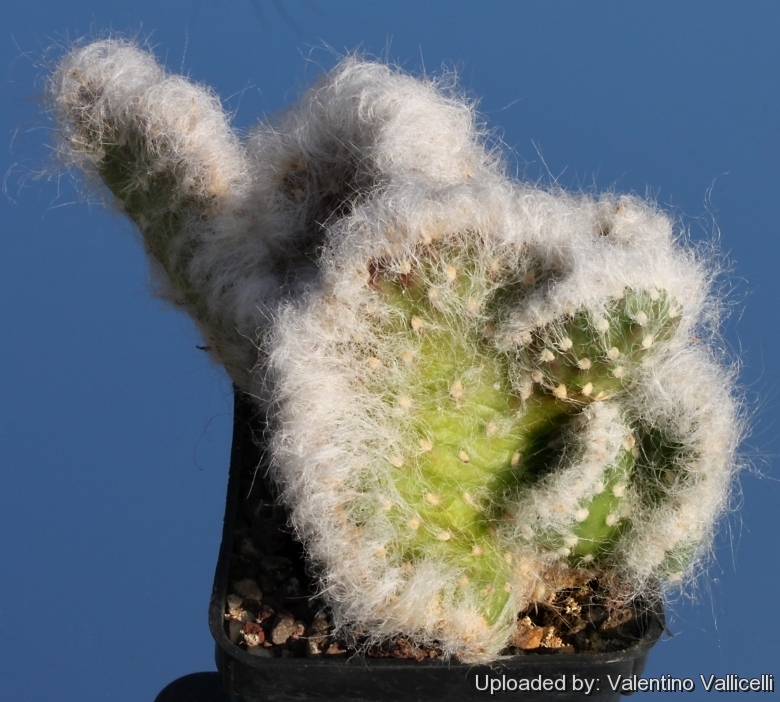 Description: It is usually a slender columnar white and very furry cactus from high altitude. The standard plants form branch both basally and near the top of the stems.
Stems: Cylindrical 2-3 cm in diameter covered densely with long white hairs. The stems can eventually grow to almost 60 cm tall.
Leaves: Thin subulate, caducous (but lasting from spring to autumn if the plant is kept regularly watered)
Spines: Few thin, up to 1 cm long and white. The plant has also abundant long, fine and rubbery hairs which completely cover the branches.
Flowers: Austrocylindropuntia vestita is not a reliable bloomer. When flowering finally occurs, the flowers will be a beautiful deep red or violet up to 2-2,5cm . The hairiness of the pericarpel is mostly as dense as that of the stems, merely the spination remains less. The flowers are developed always at the top of the stems.
Crested form: The nice crested form has unsegmented, undulating pads covered with fine white hair and is now common and present in most gardens. Flowers eventually appear on any reverted "Cotton Pole" slim stalks. Cristate forms generally occur when injury occurs to the plant at a young age (this damage can be due to insects eating the growing tip, or from many other causes, including a genetic predisposition). In reaction to the "injury", the cells at the tip of the branch where growth occurs begin to multiply at a much faster rate and the normal growing tip "goes crazy", creating fantastic whorls and fans. 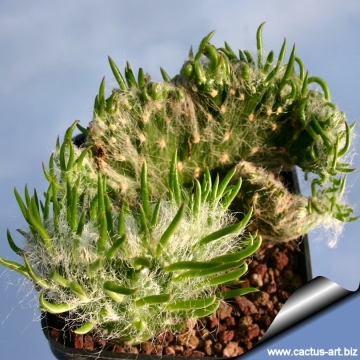 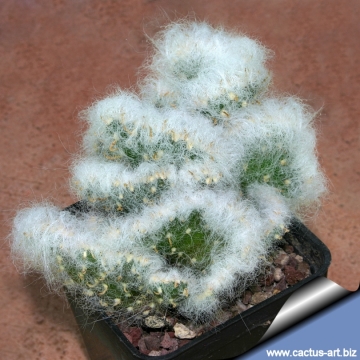 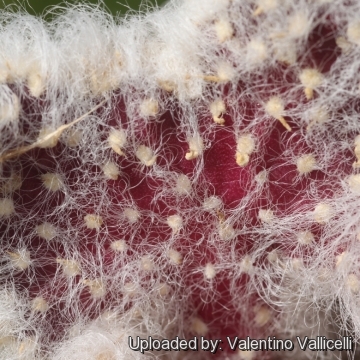 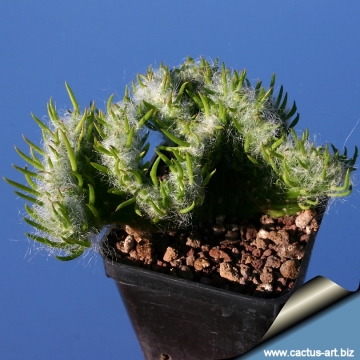 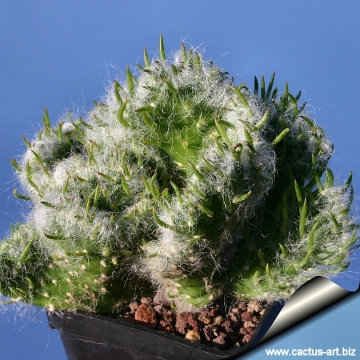 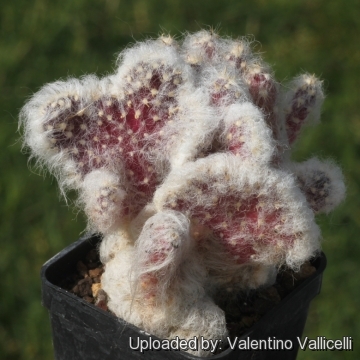 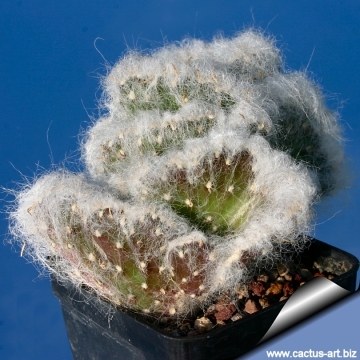