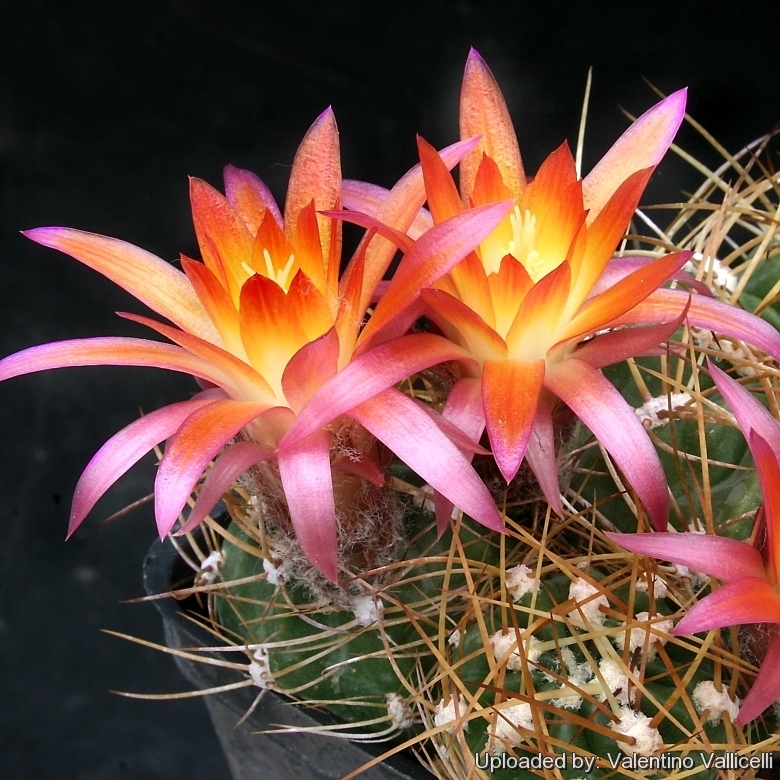 Echinopsis maximiliana subs. westii Photo by: Valentino Vallicelli
KK437 This species is one of the most remarkable Lobivia, with long curved yellow spines. The flowers are very eye-catching red, orange, yellow, white & fuchsia !

Origin and Habitat: Andahuaylas and adjacent areas, Apurimac, Peru
Altitude range: (2800-)3200-3700(-3900) metres above sea level.
Habitat and ecology: Echinopsis maximiliana subs. westii grows in ther Central Peruvian Andes at high elevations together with Oroya peruviana, and Tephrocactus floccosus. It has adapted to survive in a extremely rocky habitats that other plants can't survive in because of the lack of soil (at least in large amounts) and how dry it is. The plants are exposed to appreciable freezing in a tropical alpine climate where summer night-time temperatures can be -8° C. 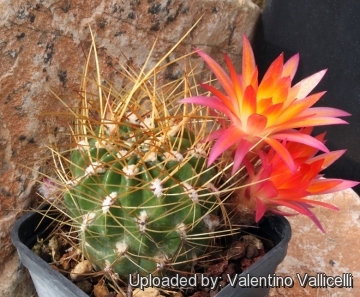 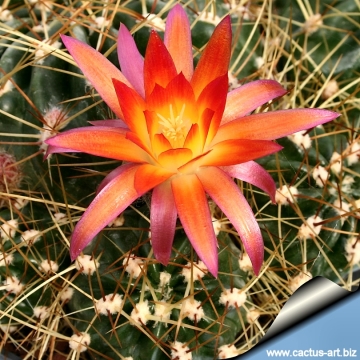 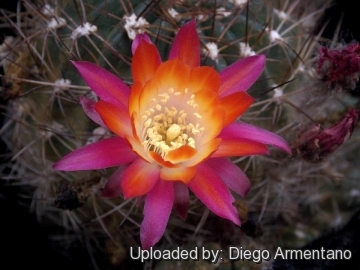 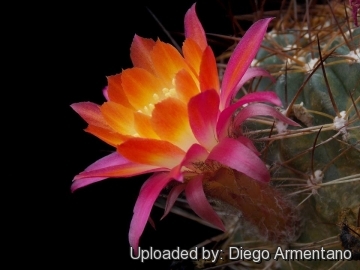 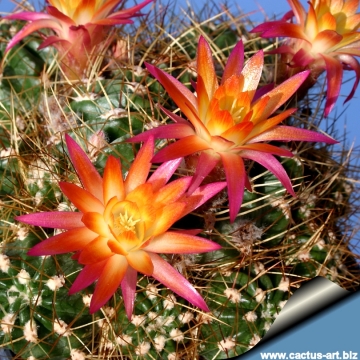 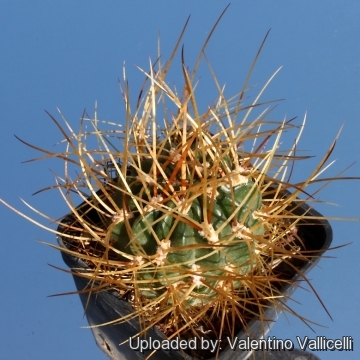 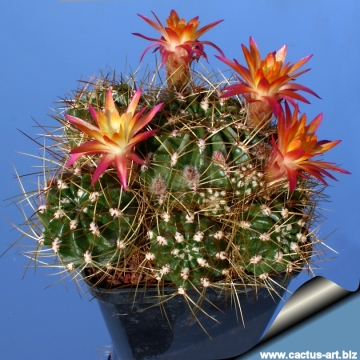 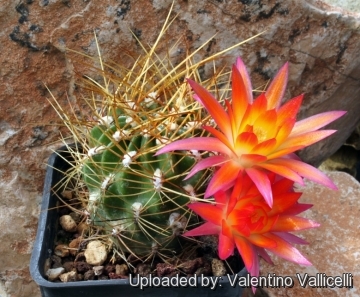