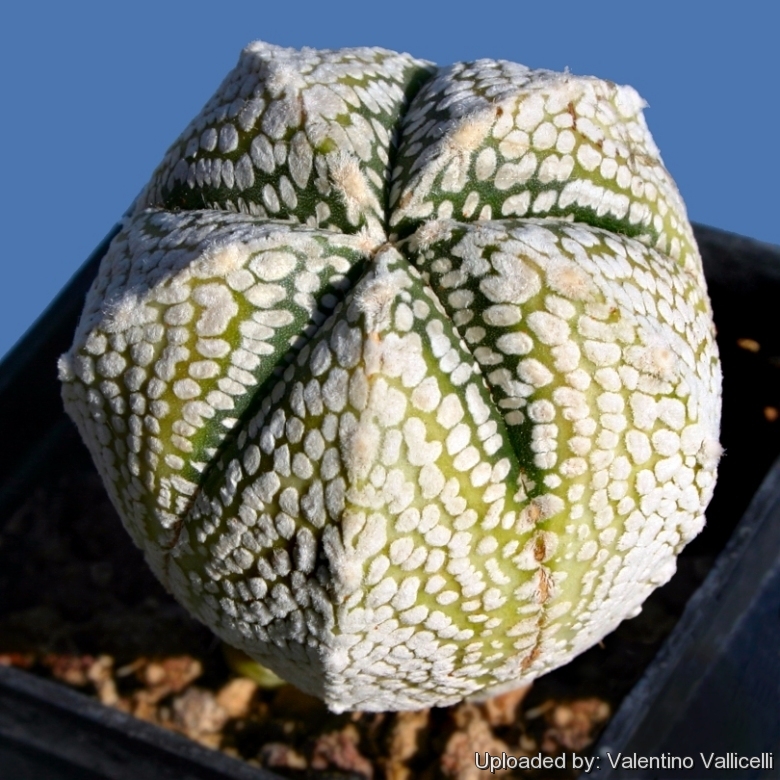 Astrophytum hybrid ONZ-SK variegated & albinos (A. myriostigma cv. Onzuka x A. asterias cv. Superkabuto) Photo by: Valentino Vallicelli
( F1 hybrid ) In F1 cactus hybrids the plants usually show a body shape similar to that of the mother plant and an intermediate mix of other characters.

Description: This peculiar plant is the result of crossbreeding from ♀ Astrophytum myriostigma cv. Onzuka x ♂Astrophytum asterias cv. Superkabuto and shows some interesting intermediate features of both the parents. 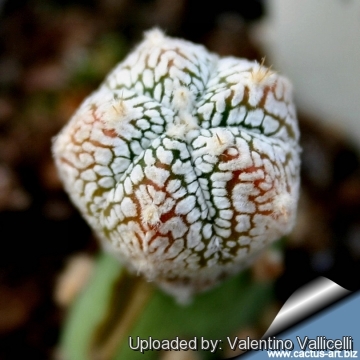 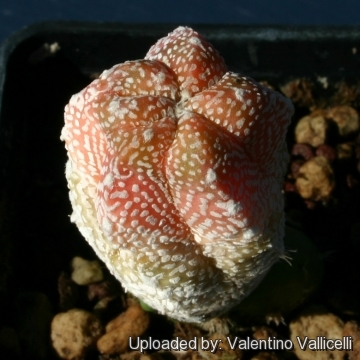 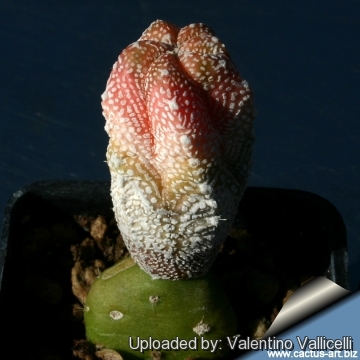 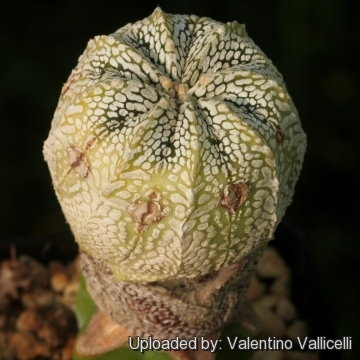