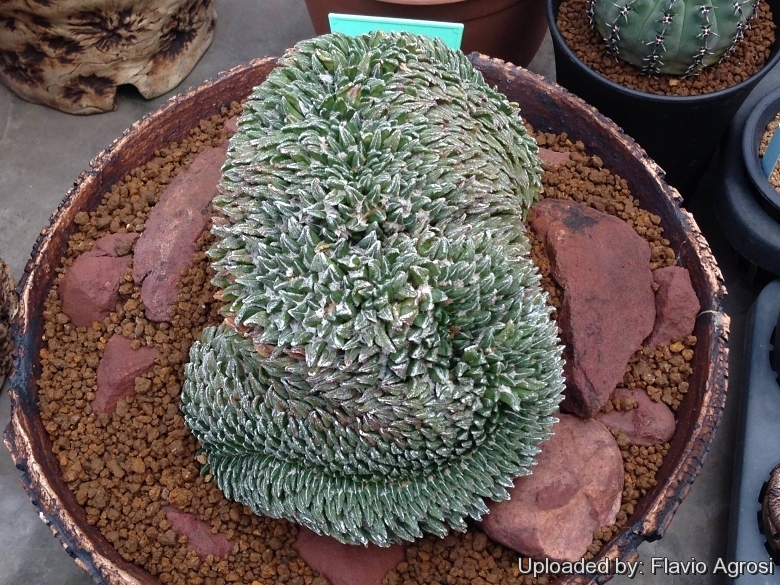 Description: Ariocarpus kotschoubeyanus (a.k.a. Star Rock) is a well known flat geophytic cactus that produce small star-shaped rosettes. They in most cases don't reach more than only a few centimetres above the ground. The crested form Ariocarpus kotschoubeyanus f. cristatus - despite to its beauty - is still very rare and sought after by collectors, for its unique features.
Root: Has a large tap root below the surface of the compost.
Stem: Fan shaped, flattened on top, depressed centrally.
Tubercles: The tubercles are deltoid dark olive green with no spines and lie flat on the soil surface. They are more long than wide, closely packed and divergent, sharply angled apically.
Areoles: The tubercles forms a central longitudinal areolar groove extending to the tips on the adaxial surfaces of the tubercles, woolly, 1-3 mm wide, 5-10 mm long.
Flowers: These plants have a woolly crown, from which emerge bright pink-violet flowers up to 2,5-5 cm, 2 times wider than long when fully expanded. Flowers are diurnal and last for 3 to 4 days.
Blooming time: Mid-September onwards. 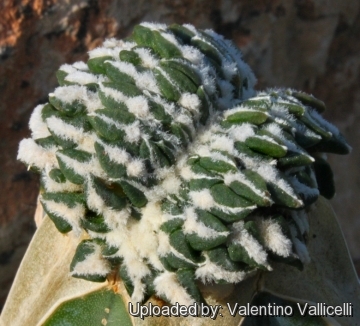 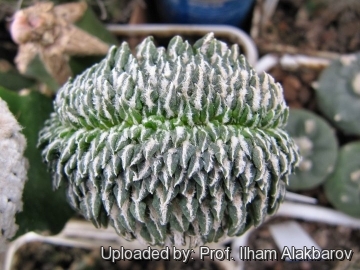 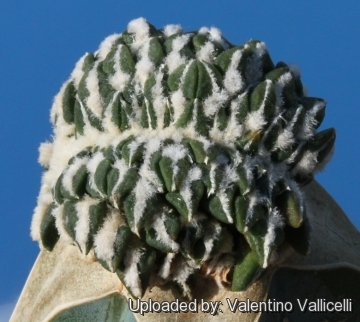 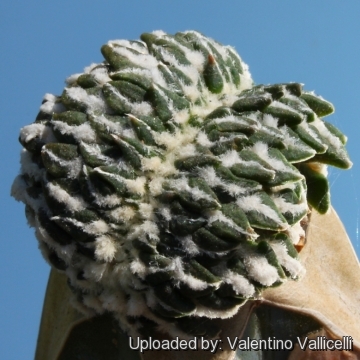