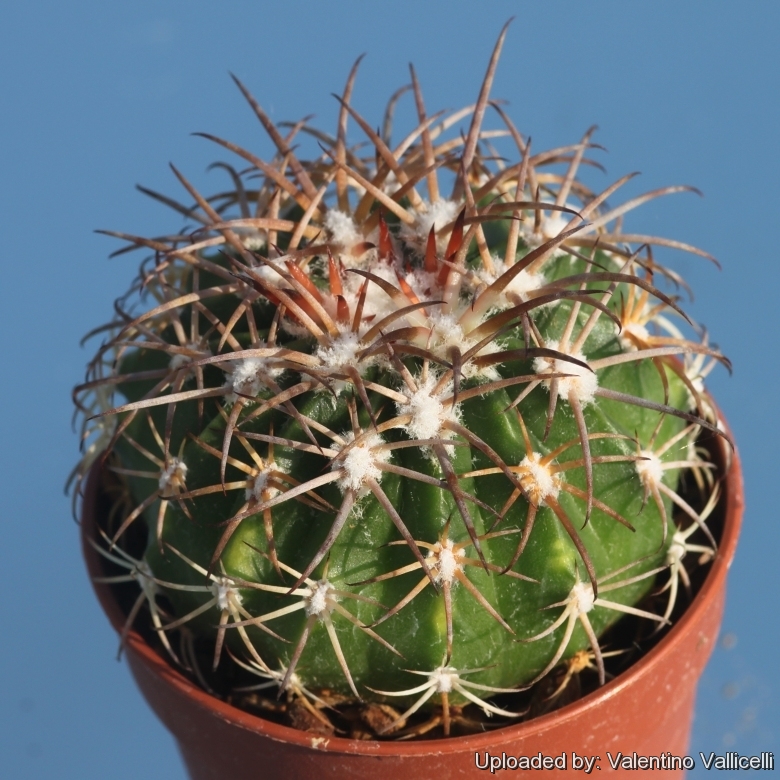 Description: This is probably one of the many geographical forms of Vaupel's Melocactus peruvianus.
Ribs: About 13.
Spines: Spines 6-8(-9), up to 2.5 cm long, angular and keeled above, dark brown
Cephalium: With reddish bristles.
Flowers: Red.

Subspecies, varieties, forms and cultivars of plants belonging to the Melocactus peruvianus group 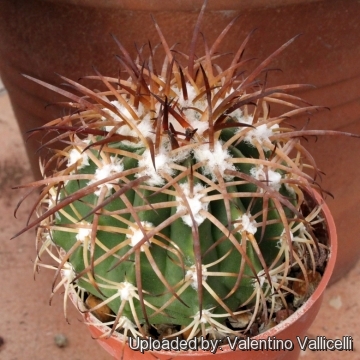 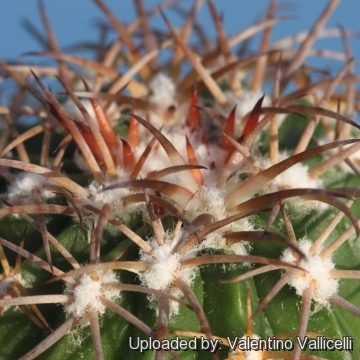