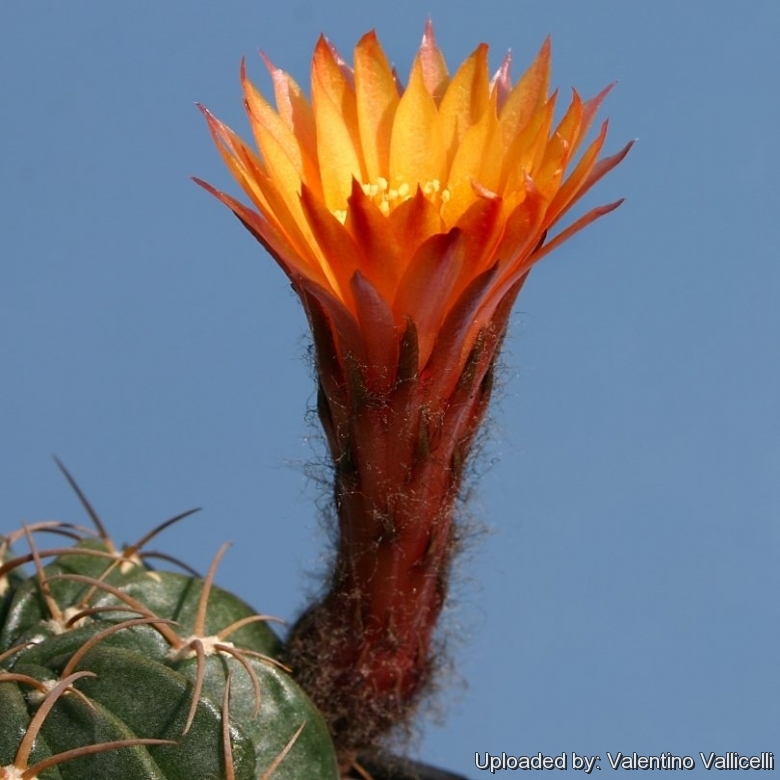 Description: This species usually only grows solitary but sometimes forms small clumps.
Stem: Spherical depressed, egg-shaped or slightly elongated, dark green often tinged purple in full sun, up to 9 cm in diameter.
Ribs: up to 16, tuberculate.
Areoles: Oval, largely spaced about 1,7 or more cm apart.
Spines: Up to 12 usually only radials, ± curved, horn coloured with darker tips, up to 6 mm long, the longest occasionally are hooked.
Flowers: Pretty, shining, small up to 5 cm long, unscented, strictly funnel form (almost tube like), with very short perianth segments. They are orange-red to orange-yellow and have pink-orange throats. and are produced laterally on the stem. Stile and stamens white:
Blooming season (Europe): The greater part of flowers appears in spring in the first flowering, but the plant can erratically produce some flowers in summer too.
Fruit: Globular, tan-green, thin skinned, juicy, spiny, 2,5 (or more) cm in diameter.
Roots: It has large taproots.

Subspecies, varieties, forms and cultivars of plants belonging to the Echinopsis tegeleriana group 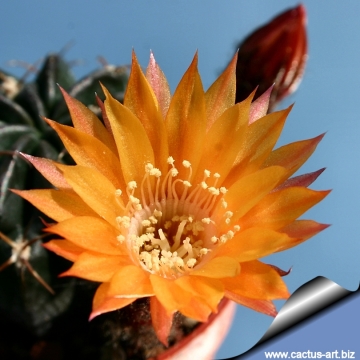 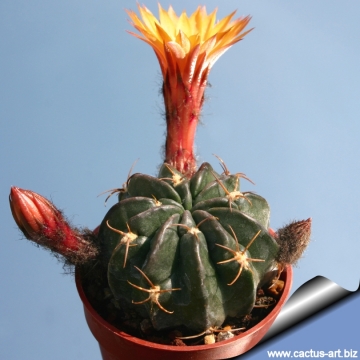 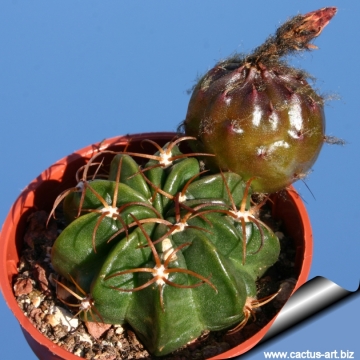 The fruit is large, juicy and edible (and very tasty!) Photo by: Cactus Art 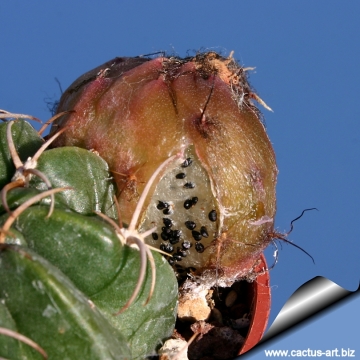 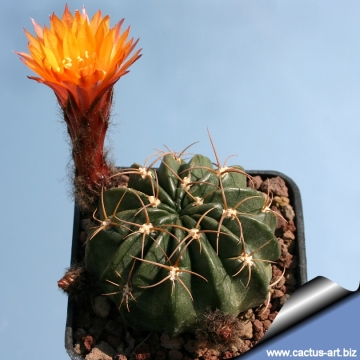 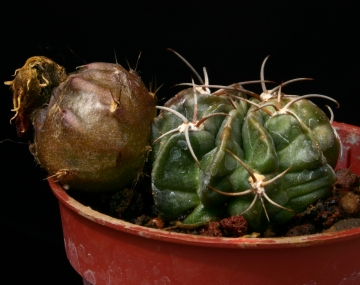 Cultivation and Propagation: It is a summer grower species that offers no cultivation difficulties. Echinopsis (Lobivia) akersii has a fairly large tap root, and should be kept in a deep pot with a very draining mineral substrate. Water regularly in summer (but do not overwater ) keep dry in winter. Feed with a high potassium fertilizer in summer. Repot yearly until reaching about 100 mm in size, then every two or three years will suffice. Repotting is best done at the end of winter but can be done at other times. Do not water for a couple of weeks after repotting to reduce risk of root rot via broken roots. Repotting will increase size of stems. It is quite cold tolerant if kept dry (hardy to -5° C). Outside it need a bright exposure, full sun or half shade in summer, inside it needs bright light, and some direct sun.