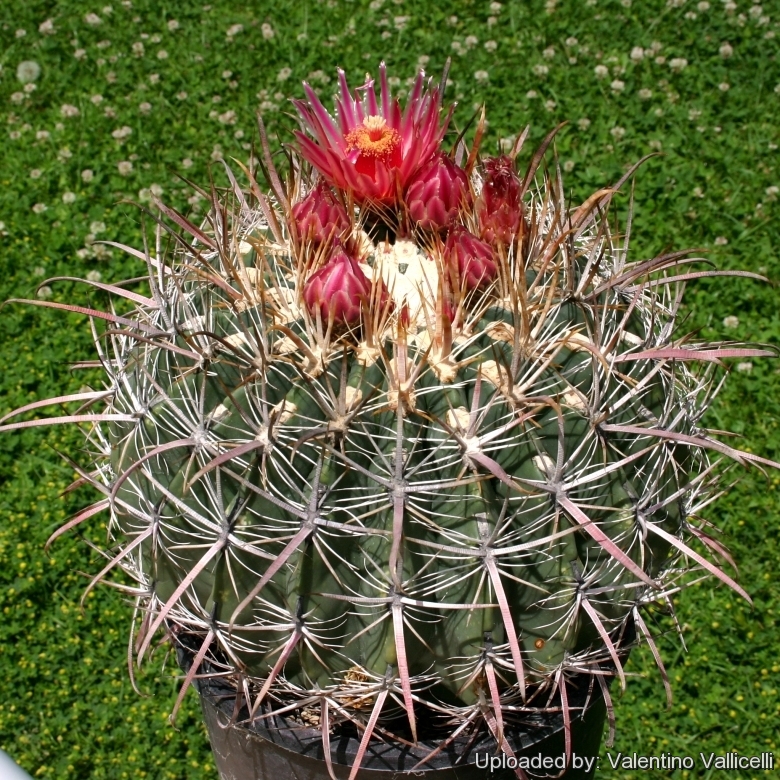 Origin and Habitat: Mexico, only known from the islets in the mouth of the Bahia de los Angeles and along the coast in the gulf of California (Smith Islands group in the Sea of Cortez). This species appears to be relictual from cooler times when Ferocactus cylindraceus reached further south in the in the northern peninsula of California.
Habitat: Coastal fog desert. 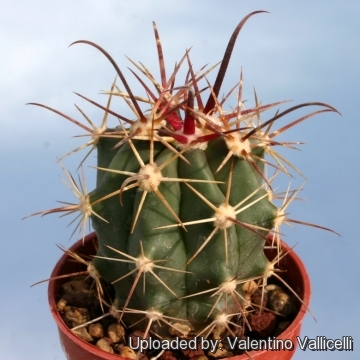 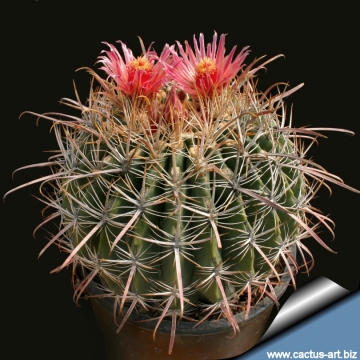 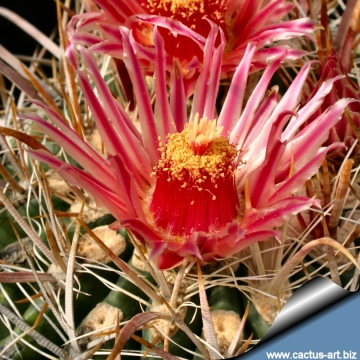 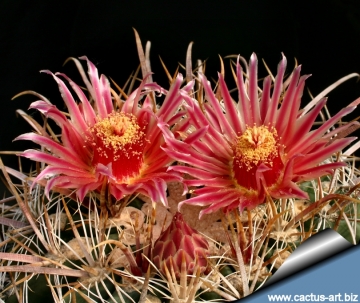 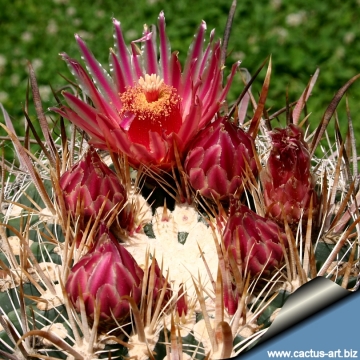 Cultivation and Propagation: Slow growing to start, but it does well under cultivation. Suited for any rich, well drained soil in full sun throughout the year. Water during the aestival growth cycle (this plant needs plenty of water). But it's necessary to avoid wetting the bodies of these plants while they are in sunlight. A wet cactus in the sun can suffer sun burning, which can lead to scars or even fungal infections and death. In winter keep completely dry at 10°C, but it can tolerate sporadic light frost.
Propagation: They are easily grown from seed!