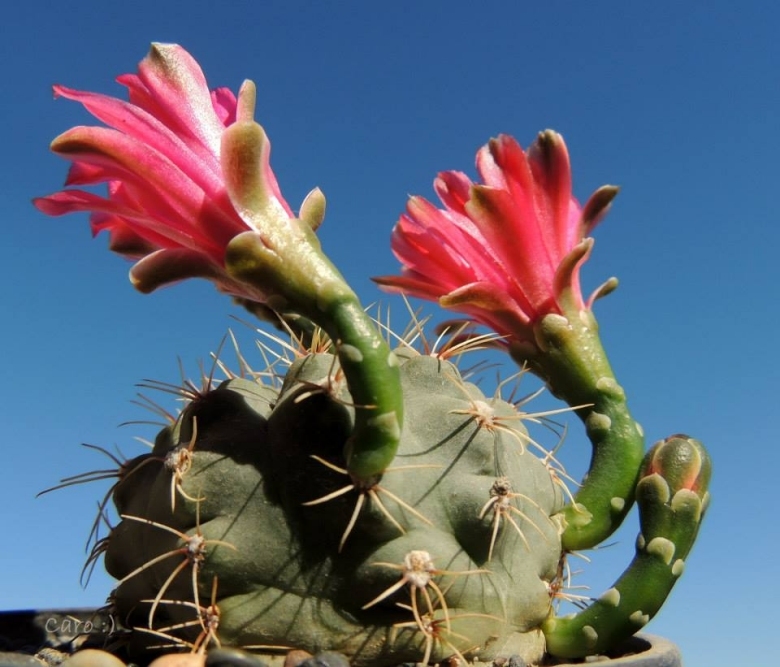 Gymnocalycium baldianum Photo by: Carolina González
Extremely free flowering it makes a splendid show. This is a plant to be suggested to all cactophiles for its very eye-catching flowering even at a very small size. It flowers readily from an early age, and offers no cultivation difficulties.

Origin and Habitat: Argentina, Catamarca Province (Sierra Ancasti, Sierra Graciana, Sierra de Narvaes, Sierra de Guayamba, Sierra de Manchao and on the mountains east of Andalgalá)
Altitude: It grows at elevations of 500 to 2000 metres above sea level.
Habitat and Ecology: This high-altitude plant is often found among grass. Gymnocalycium baldianum has a relatively restricted range, has a continuous distribution and is not fragmented. Collection is a major threat for the species in parts of it range also fire affects it in some areas.

Description: Gymnocalycium baldianum small usually unbranched.
Stem: Flat to globose depressed, up to 13 cm in width, greyish-brown to blue-green (rather variable in colour in cultivation, and in some specimens it is almost blue-black). The 9 to 10 broad ribs are divided by deep grooves into tubercles.
Areoles: Deep-set
Spines: 5 to 7 thin radial spines that are straight or curved toward the stem, short, curved, pale brown or grey, tinged with red at the base.
Flowers: on the crown, measuring 3 to 4 cm in length and the same across, open wide in sunlight, and commonly of a most rich purple-red colour, sometimes pinkish-purple (but also white, pink or orange). The stamens are purple, the anthers and the 6 lobed stigma whitish yellow. This plant blooms in early summer when it is only 2.5 cm. It is fast growing and can bloom one year after being sown.
Fruits: The ripened ovary is green, long and dehisces (splits) down its length.
Remarks: The synonym name Gymnocalycium venturianum is very common in collections, and even at cactus nurseries. It is a very variable species in its general appearance. There are also many hybrids with a wide range of flower colours.

Subspecies, varieties, forms and cultivars of plants belonging to the Gymnocalycium baldianum group 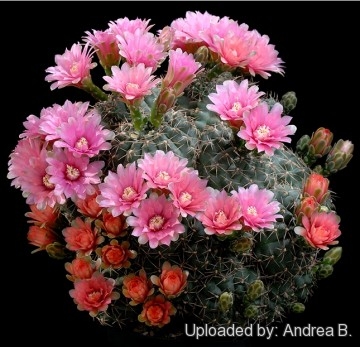 Gymnocalycium baldianum Photo by: Andrea B. 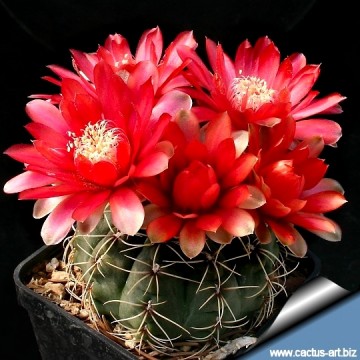 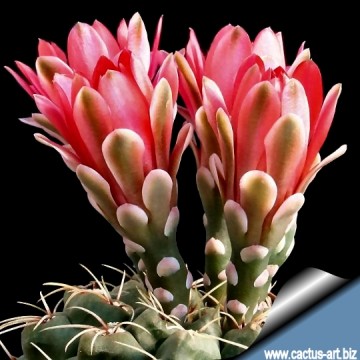 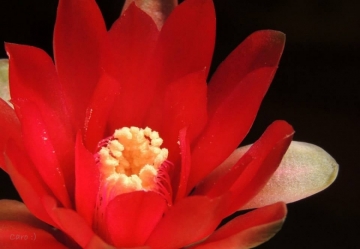 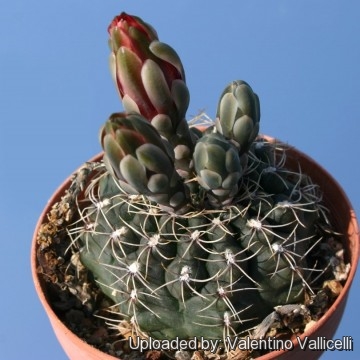 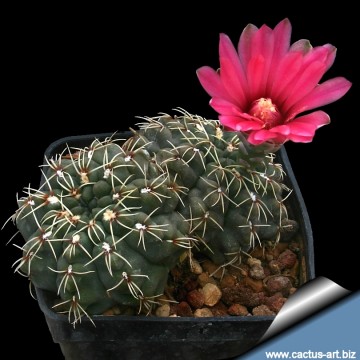 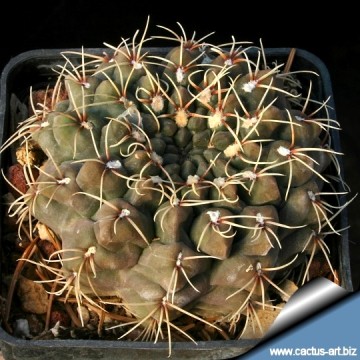 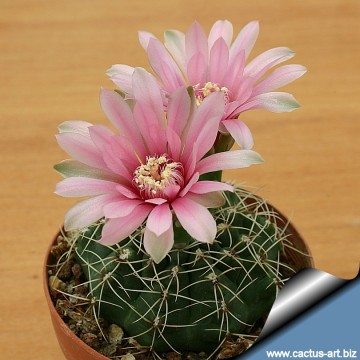