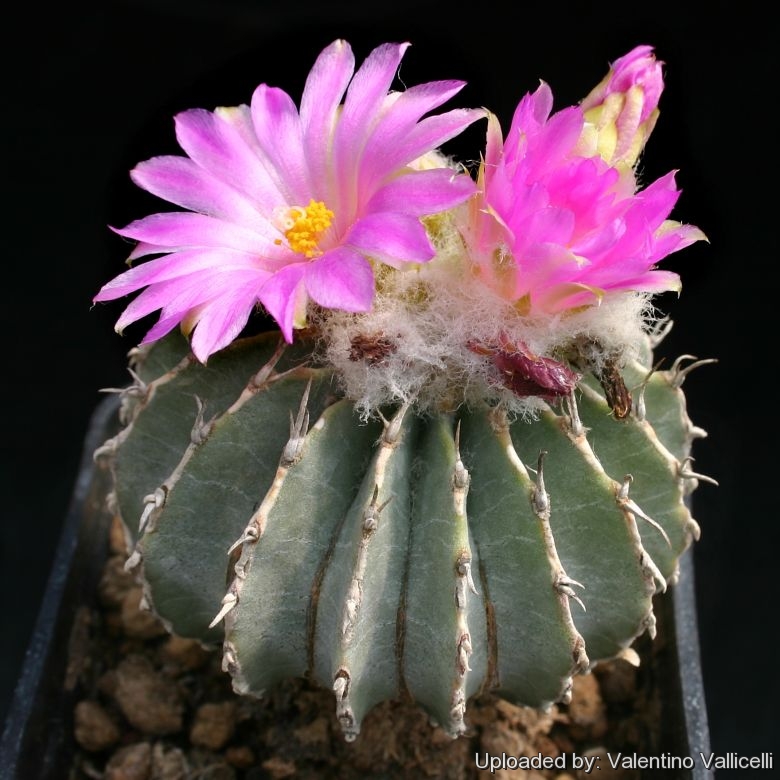 Geohintonia mexicana Photo by: Valentino Vallicelli
This odd cactus is unmistakable and very distinctive. The flowers are magenta, diurnal and apical.

Origin and Habitat: Mexico (Nuevo León: Sierra Madre). This species has an extremely small range (extent of occurrence and area of occupancy is about 25 km²). The area is essentially a single location. The estimates in population size vary considerably, with 100,000 being an agreed lower limit and perhaps over one million the upper limit.
Altitude range: It occurs at elevations of 1,200 m
Habitat and Ecology: This plant grows on gypsum hills on vertical cliff in the neighbourhood of Rayones, it is a soil specialist - a gypsophile. Now this plant is endangered, the wild population of Gehintonia mexicana was partially wiped out by "collectors". However, the population is extremely large and the collecting does not seem to be causing population declines at a rate sufficient to qualify for a threat category. Illegal collection is the main threat, however, now it is protected by the local population. The local population is safeguarding the species in order to sell it themselves.

Subspecies, varieties, forms and cultivars of plants belonging to the Geohintonia mexicana group

Notes: The Aztekium Clade (consisting of Aztekium and Geohintonia) represents a relictual, yet highly specialized lineage forming a sister group to the remaining taxa of the tribe Cacteae. It is suggested that Geohintonia may represent an intergeneric hybrid involving Aztekium (probably A. hintonii which is sympatric with Geohintonia ) and possibly Echinocactus horizonthalonius. 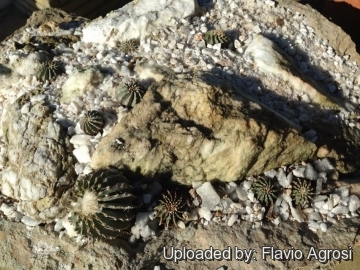 Grown on a slab of gypsum (a sedimentary rock formations) Photo by: Flavio Agrosi 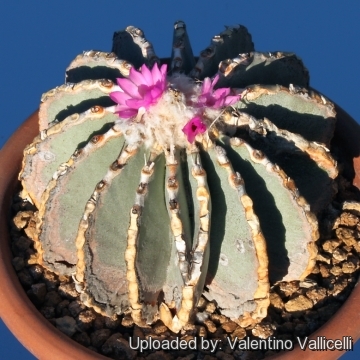 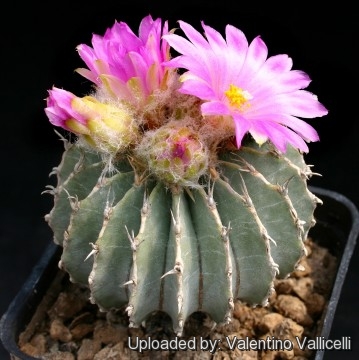 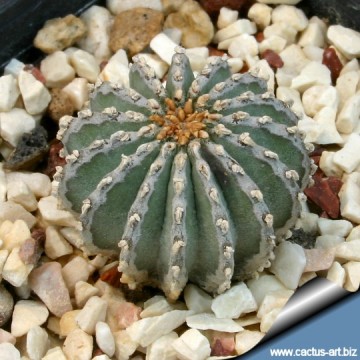 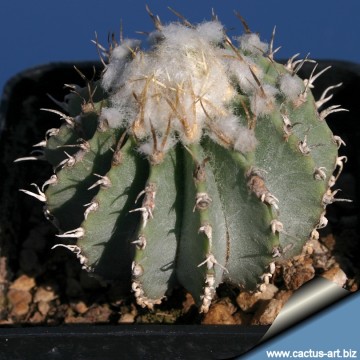 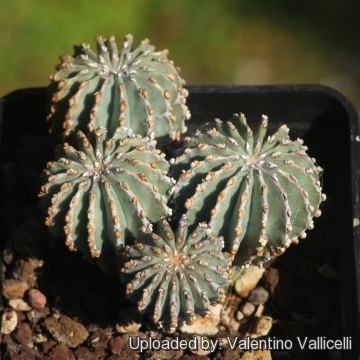 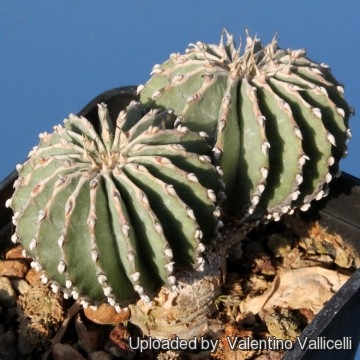 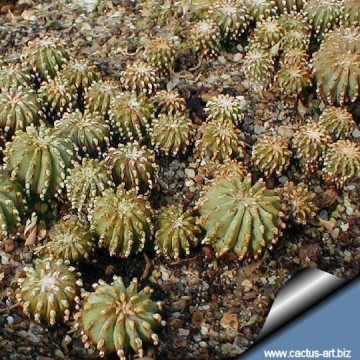 Cultivation and Propagation: Although regarded as a choice and difficult plant in cultivation it is relatively easy to grow, but very slow growing. It is often seen as a grafted plant but grows very well on its own roots too. Needs a very well drained mineral substratum with little organic matter (peat, humus). Requires strong sun to part sun to develop good compact growth and waterings should be rather infrequent, to keep the plant flat shaped and not become excessively elongated and unnatural in appearance. Use Water sparingly from March till October and keep perfectly dry in winter, or when night temperatures remain below 10° C (but some people give this plant a light monthly watering to prevent the drying and shedding of the lower tubercles.) It is hardy to -4°C (or less) for a short period. In the rest period no high atmospheric humidity!! Ensure a good ventilation.
Propagation: : Almost exclusively by seeds. But the seedlings are tiny and very slow growing (reach 2 cm of diameter in 6/8 years) and require very careful watering, plants need 10 to 15 years to reach the flowering size.
Sometime, older specimens may shoot tillers from under tubercles, so they can be propagated by cuttings in spring (but rooting may prove a challenge). Plants are sometimes grafted onto column-shaped cacti, which is a much easier way of propagation than sowing.