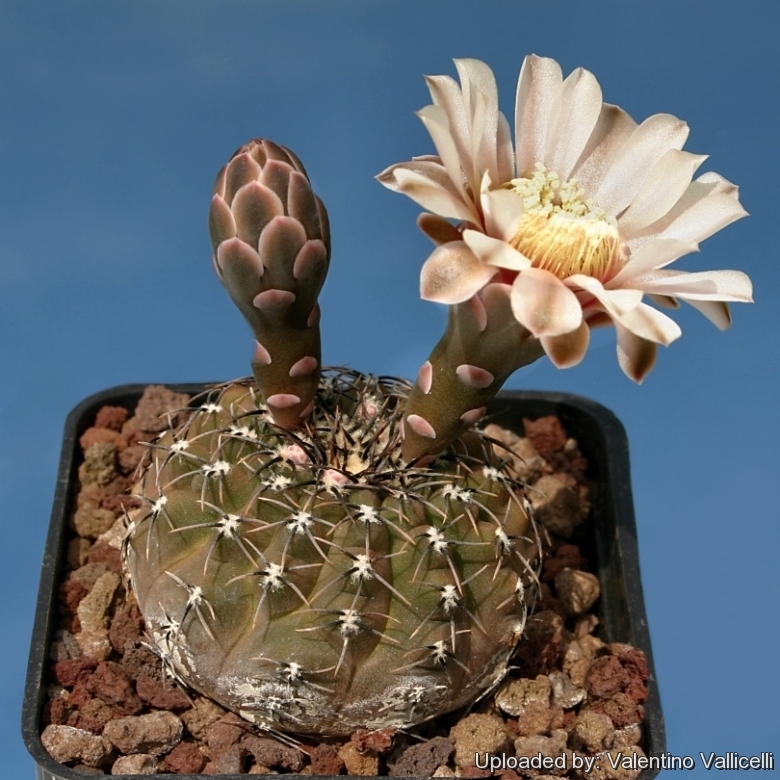 Gymnocalycium occultum (Gymnocalycium stellatum subs. occultum) Photo by: Valentino Vallicelli
P131 (Collectors: Jörg and Brigitte Piltz) Tres Puentes, Catamarca, Argentina 700m. This is one the most unusual and desirable of the Gymnocalyciums.

Description: Gymnocalycium occultum is a beautiful, slowly-growing plant with a noticeably flatten body, at first solitary, later clustering.
Taxonomic note: What is Gymnocalycium occultum? Even the arch-splitter Backeberg abandoned G. occultum with the revealing comment that it was probably Gymnocalycium bodenbenderianum.
Stem: Dark grayish-brown to olive-coloured epidermis, flattened globose, 7.5-10 cm in diameter. It will offset after a considerable period of time.
Ribs: 7-11, flat, round, without prominent chin-like protrusions.
Spines: 3-5, dark brown, becoming grey with age, spider-like, add-pressed, short, straight to slightly curved and flattened against the stem (rarely sticking out - easy cactus to handle).
Flowers: Creamy-white with a dull red throat, up to 6,5 cm. long, 4.5 cm. in diameter.
Fruits: Cylindrical.
Blooming season: Flowers are produced in late spring and remain open for up to twelve days. 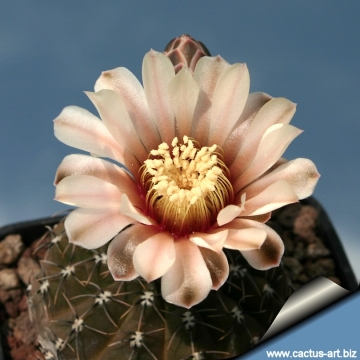 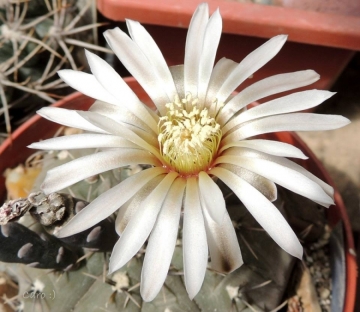 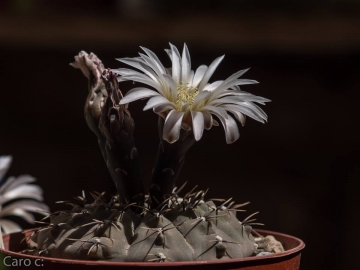 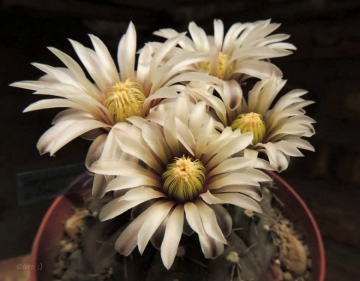 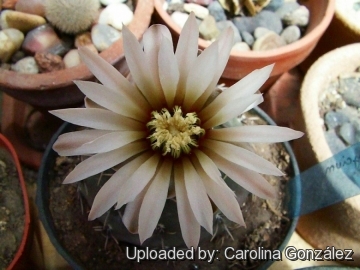