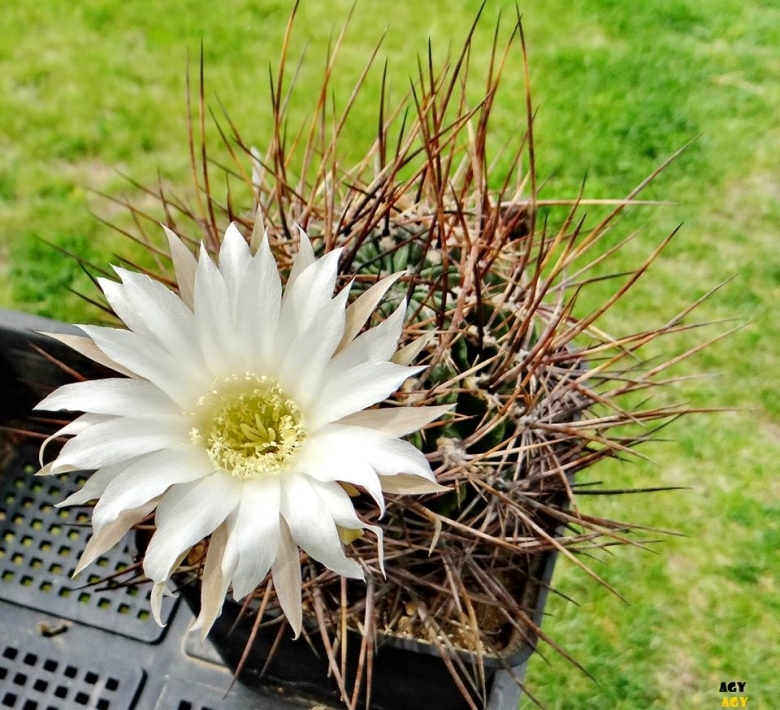 Origin and Habitat: NW Argentina ( Salta y Jujuy, at about 2000 m), Western Bolivia (department of Oruro. Chuquisca: N Camargo, at about 3000 m) NE Chile: Región I: Altiplano of Tarapacá Province of Iquique at 3.700 y 4.000 metres above sea level.
Altitude range: 1800 to 4000 metres above sea level.
Habitat: Echinopsis ferox occurs in high-altitude grasslands and shrublands on dry hills in fissures in rocks and on gravelly outcrops, mainly on volcanic substrates but also in other stone formations, mostly on N, NE and E faced slopes, with 10 to 30% of inclination in open areas or under scrubs. This species has a wide range, is abundant, occurs in protected areas, and only very localized threats occur.

Description: Echinopsis ferox is a very large and spiny cactus, solitary or branched. The body is almost concealed by the spines. This is a very variable species especially in shape and and length of spines and in flowers colour. Since the various forms are connected by intermediates it is extremely difficult to recognize infraspecific taxa.
Stem: Bluish-green, spherical at first and later sort of cylindrical, and it may grow 25 cm tall and 10-40 cm in diameter.
Ribs: 25 to 50 ribs deeply incised between the tubercles, which are approx. 2 cm long.
Spines: Radials are hard to tell from the central spines. Each areole bears approx 4 to 15 spines ranging from slender to thick, conical with a wider base, and irregular in length, the longest up to 8 cm or more. They are flexible and curved upward, and those on new parts of the plant have occasionally a hooked tip. Their colour varies from yellowish to brown when young, but later grey.
Flowers: Lateral or basal, 7-10 cm. long, funnel-shaped, and have a slender, curved tube covered with long white hairs. Perianth segments are short and white, but can be of almost any colour.
Fruits: Globular, dark green with flowers remnants.
Remarks: The fruit has a whitish mucilaginous pulp and is edible with a fresh and agreeable taste.
Remarks: The flowers, produced very freely, are usually pure white and have long tubes, though in cultivation pink flowers occur quite frequently, but probably the gene pool of plants in cultivation has been polluted.

Subspecies, varieties, forms and cultivars of plants belonging to the Echinopsis ferox group 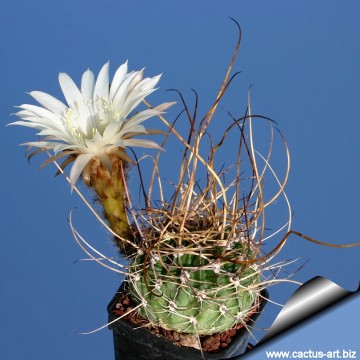 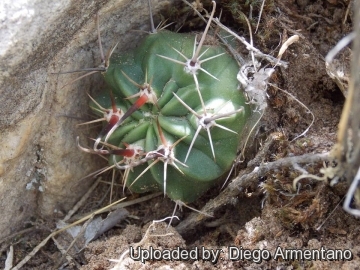 Young specimen in habitat at La Quiaca in the north of the province of Jujuy, Argentina. 3516 metres above sea level. (Echinopsis ferox) Photo by: Diego Armentano 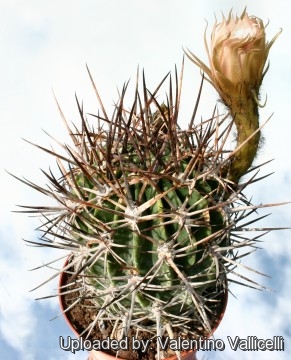 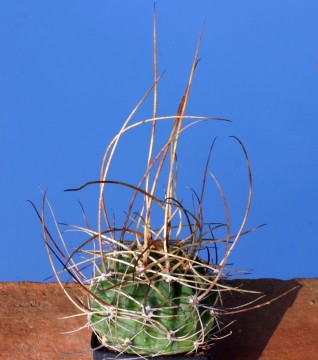 The spines are very variable in lenghth occasionally up to 20 cm long (or even more) (Echinopsis ferox) Photo by: Cactus Art 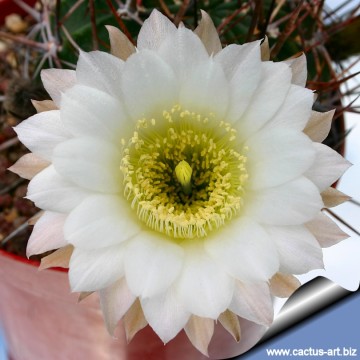 The flowers of this plant are usually white, but they can be of almost any colour. (Echinopsis ferox) Photo by: Cactus Art 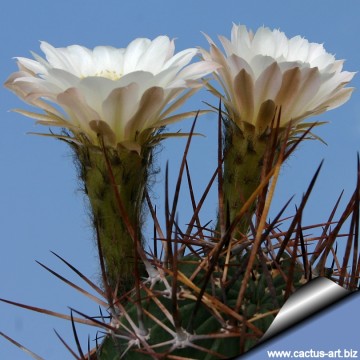 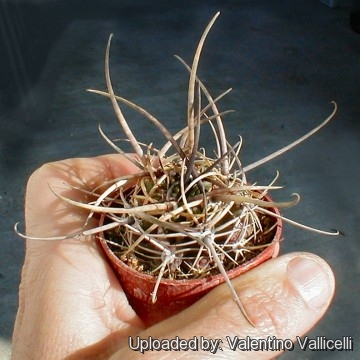 The spines are flexible and curved upward and occasionally with a hooked tip. (Echinopsis ferox) Photo by: Valentino Vallicelli 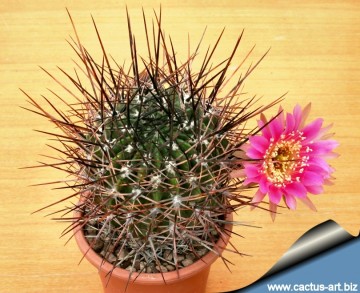 Cultivation and Propagation: It is a summer-growing species that offers no cultivation difficulty. Water regularly in summer (but do not over-water). It needs good drainage and very porous soil. Keep rather dry in winter. Feed with a high potassium fertilizer in summer. It is quite frost-resistant if kept dry (hardy to -5° C). Outside full sun or afternoon shade; inside it needs bright light, and some direct sun.

by Cactus Art
There are a total of 20 Photos.
Click here to view them all!
Cite this page: "Pseudolobivia ferox" Text available under a CC-BY-SA Creative Commons Attribution License. www.llifle.com 14 Nov. 2005. 25 Feb 2021. </Encyclopedia/CACTI/Family/Cactaceae/11365/Pseudolobivia_ferox>