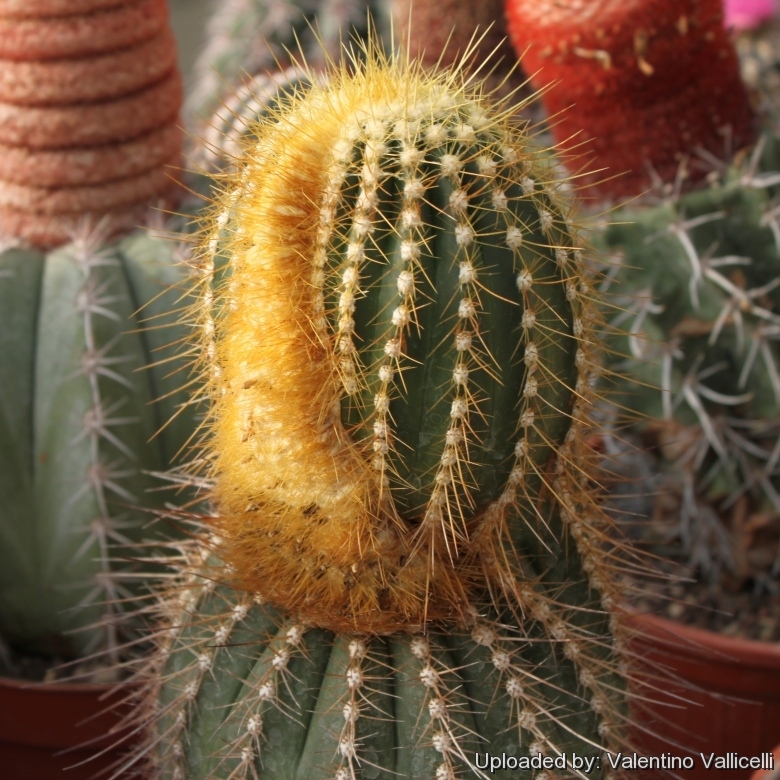 Origin and Habitat: Northeastern Minas Gerais, Brazil. Coleocephalocereus aureus has a limited area of occupancy of less than 2,000 km2, but it is found at many locations.
Altitude: 280 and 910 metres above sea level.
Habitat and Ecology: This cactus is locally dominant on crystalline rocky outcrops surrounded by caatinga vegetation. The species is declining due to habitat loss by mining and habitat degradation by agricultural activities. The species habitat is often subject to quarrying for granite rock as well as small-scale cattle ranching and invasive pasture grasses.

Description: Coleocephalocereus aureus (probably best known under its old name Buiningia aurea) is a small, columnar cactus with golden spines.
Stem: Can grow about to to 50 in height in time.
Flowers: Small yellowish nocturnal that form in a lateral "cephalium" (a densely woolly or bristly area which denotes that the plant is mature enough to flower)
Blooming season: Summer.

Subspecies, varieties, forms and cultivars of plants belonging to the Coleocephalocereus aureus group

Notes: Lateral cephalia occurs in several species of cacti like Espostoa, Pseudoespostoa, Thrixanthocereus, Vatricania (now all considered to be Espostoa, Buiningia, Facheiroa, Micranthocereus and others. These plants are all columnar and grow as ribbed green juvenile columns with an ordinary sparse spine cover. Once old enough, they begin making a cephalium, but only along one side. 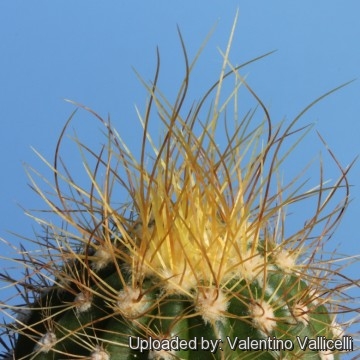 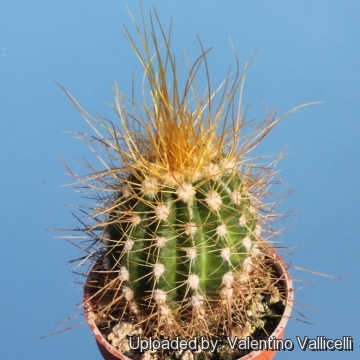 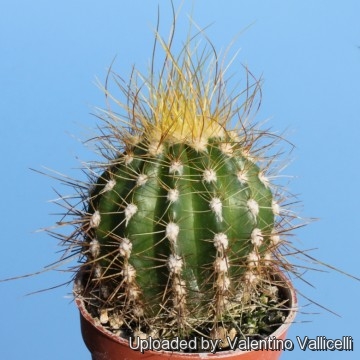 - This is a short columnar Brazilian cactus with golden spines up to 50 cm tall. Produces small yellowish nocturnal flowers from a lateral cephalium in summer. (Coleocephalocereus aureus) Photo by: Valentino Vallicelli
Send a photo of this plant.