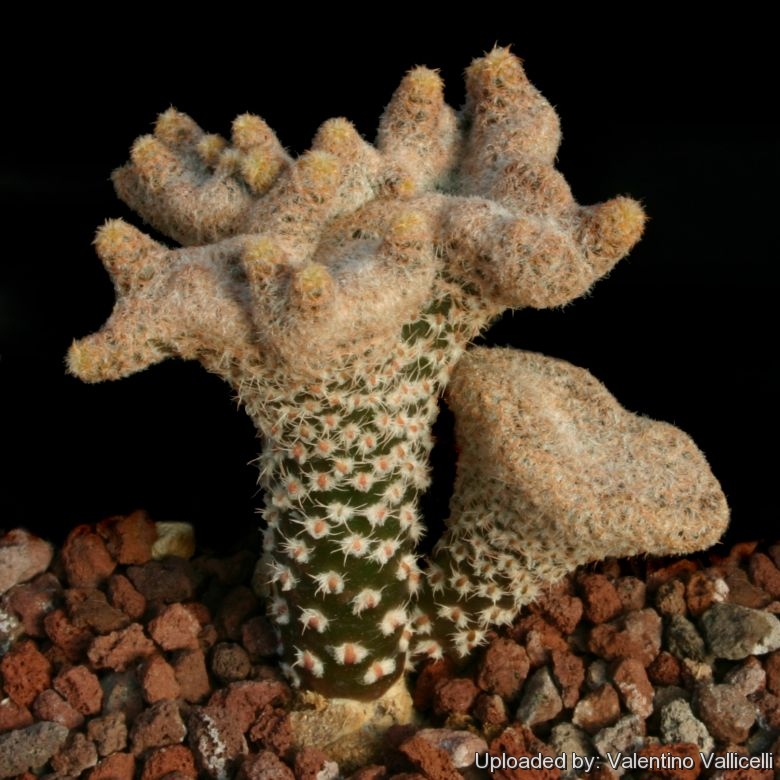 Maihueniopsis clavarioides f. cristata Photo by: Valentino Vallicelli
This plant produces fan-shaped (crested), conical and finger-like stems in an unpredictable manner, Sometimes all three of these stem forms may be seen on a single plant.

Origin and Habitat: It came from the states of Mendoza and San Juan in Argentina.

Description: The typical form has distinctive mushroom-like conical stems with flattened tops but monstrous forms with cristate fan-shaped or branching finger-like stems are widely seen in cultivation.
Sometimes all three of these stem forms may be seen on a single plant. In the wild, it grows with just the tops of the stems exposed above ground. 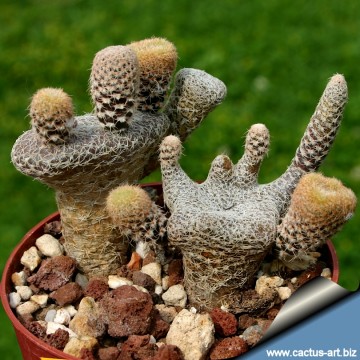 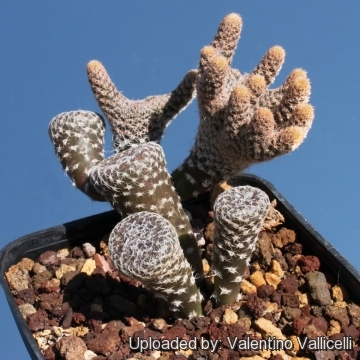 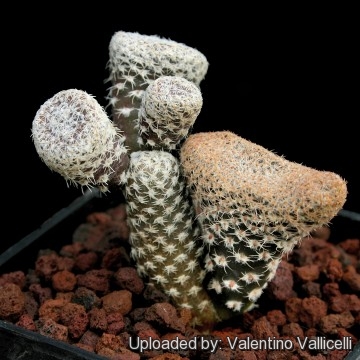 - A crested fan-shaped stems growing among the typical conical stems with flattened tops. Photo by: Valentino Vallicelli
Send a photo of this plant.

Cultivation and Propagation: This mountain cactus - because of the elongated fat taproot - necessitate deep pots and a well drained mineral potting mix. Need a sufficient amount of air. They are susceptible to overwatering, but need enough water during vegetation and require a dry winter rest.
Frost Tolerance: They tolerate light frost -5 (-10) °C. Need to be kept in a cool place during winter rest this is important for the flowers as well as for their health. Without this cool winter period they normally wont get many buds.
Sun Exposure:: Need a good amount of sun.
Propagation:: Usually propagated by cuttings and grafting . Grafted plants in culture are most common and sprout strongly. But it is also feasible to root them but they grow much slower on their own roots and takes various years prior to they bloom.