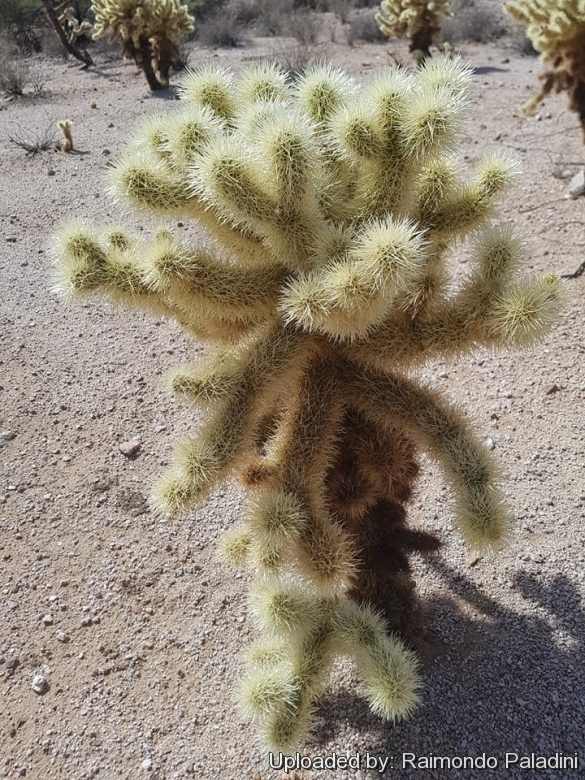 Origin and Habitat: Cylindropuntia bigelovii is reported in Mexico from the states of Baja California, Baja California Sur and Sonora. The species occurs in the Unites States in Arizona, California, and Nevada. Records from New Mexico are not confirmed.
Altitude range. 300-900 metres above sea level
Habitat and Ecology: Cylindropuntia bigelovii occurs abundantly in warm regions of the Mojave Desert, in the Sonoran Desert, and also in Baja California and in the Lower Colorado River Valleyon rocky slopes, sandy flats, gravelly to rocky washes, bajadas, hillsides in the Sonoran desert scrub and in the Lower Colorado River Valley. Cylindropuntia bigelovii also grows on sand dunes along the beach in coastal Atriplex dominated scrub, and further inland on flats and on rocky slopes (mostly volcanic rock) in desert scrub. Cylindropuntia bigelovii is a very widespread and extremely common species with no major threats. It is more likely to be treated as a pest plant in some places.These stems are often carried for some distance by sticking to the hair of animals. Often small "stands" of these chollas form that are largely clones of one individual. Like its cousin the jumping cholla (Cylindropuntia engelmannii), the stems detach easily,even by strong winds and the ground around a mature plant is often littered with scattered cholla balls and small plants starting where these balls have rooted. The spines are barbed, and hold on tightly. Desert pack rats such as the Desert Woodrat gather these balls around their burrows, creating a defence against predators. This covering of spines not only provides protection from herbivores like rabbits and rodents, it is also believed to protect the stems from intense sunlight and may be a cooling mechanism for the cactus. It can grow so dense that it can form impenetrable stands. Due to its vegetative reproductive method, in some forests all of the plants may be clones that grew from pieces of a single pioneer plant that was transported to the new area. 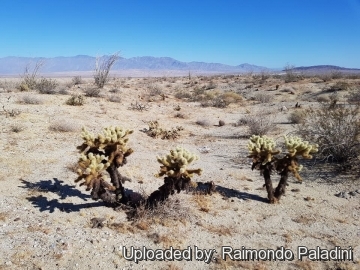 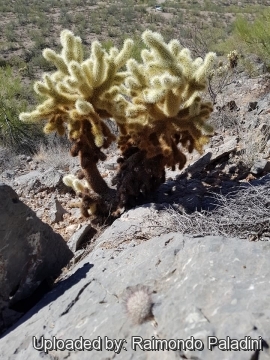 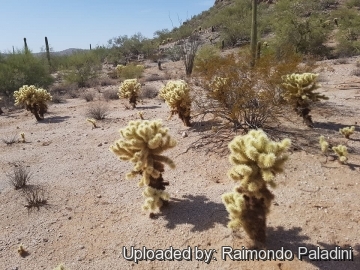 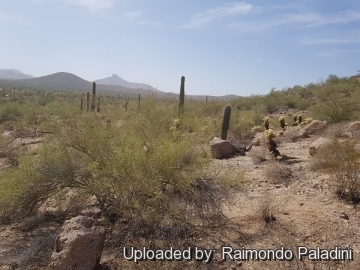 Cultivation and Propagation: When a piece of this cholla sticks to an unsuspecting person, a good method to remove the cactus is with a hair comb. But because the spines are so well barbed, be prepared to give a good tug. Many people might swear that the cactus jumped at them and grabbed them, which explains the common name Jumping Cholla. This is a testament to the efficiency of the barbed spines at attaching to passers-by.
Traditional uses. In the past, "Cylindropuntia bigelovii." was used to be an important food source for the people of Isla Tiburon. The Seri Indians used to eat the tender stem. The species is widely cultivated.