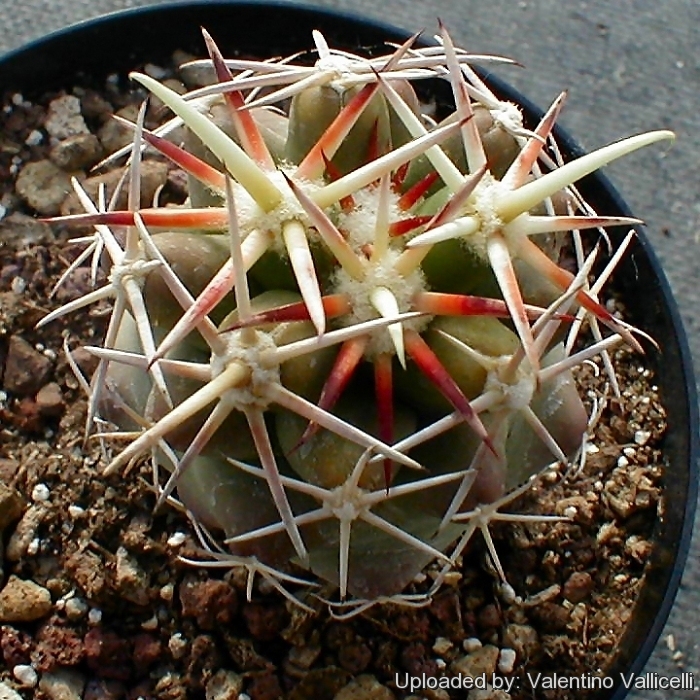 Origin and Habitat: Coryphantha robustispina has a very large extent of occurrence and is distributed in Chihuahua and Sonora in Mexico, and in the United States in Arizona, New Mexico and Texas.
Altitude range: It grows at elevations from 700 to 1,500 metres above sea level.
Habitat and Ecology: This species grows in xerophyllous scrub and grasslands on sandy substrates, alluvial fans, and gravelly soils. Although it is relatively scarce and there are threats in places, these are not sufficient to warrant concern. The species was much sought after by collectors, however this practice has diminished. Mining for sand and gravel affects the subpopulations of Coryphantha robustispina in Mexico.

Description: Coriphantha robustispina is a heavily spined, imposing species, and reminds one of an Echinocactus.
Stem: Globular, to short cylindrical, solitary.

Subspecies, varieties, forms and cultivars of plants belonging to the Coryphantha robustispina group 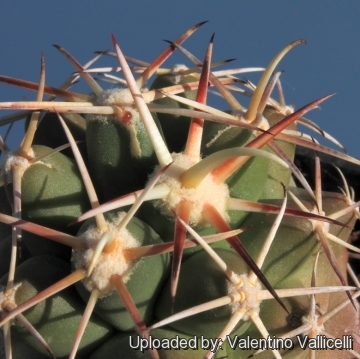 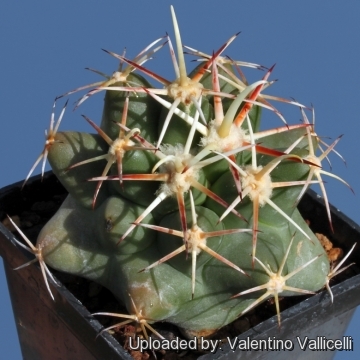 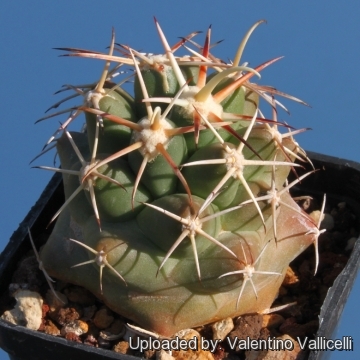 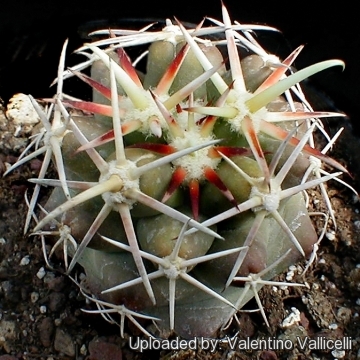 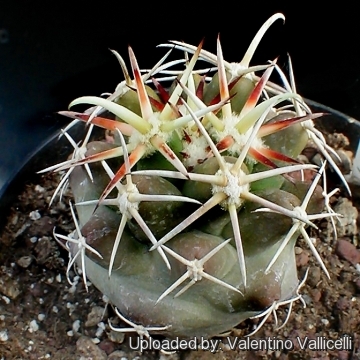 Coryphantha robustispina Photo by: Valentino Vallicelli
Send a photo of this plant.

Cultivation and Propagation: This plant grows in the same habitat as Echinocactus horizonthalonius, with which it has some cultivation problems in common: slow-growing, seldom reaching the same size as in nature, sensitive against over-watering. Water sparingly. It needs good drainage. Keep drier in winter. Full sun to partial shade. In humid conditions, the exudation of nectar (if not completely removed by ants) can cause the formation of mould, which leads to ugly black-colouring of the epidermis. To prevent this, spray the plant with water to remove the nectar. And provide very good ventilation.
Propagation: Seeds.