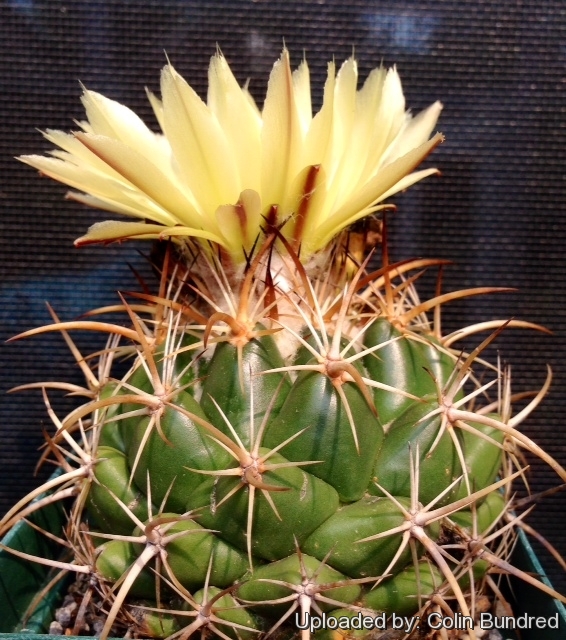 Coryphantha pallida subs. calipensis Photo by: Colin Bundred
A mature specimen showing the typical central spines of an older plant as well as the flower. 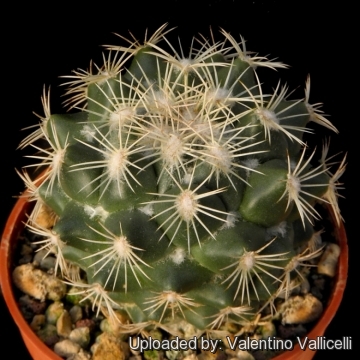 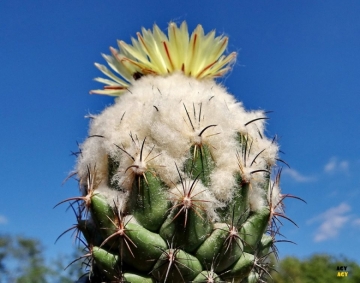 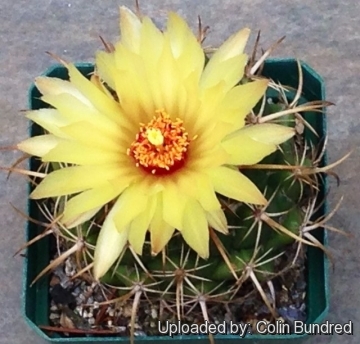 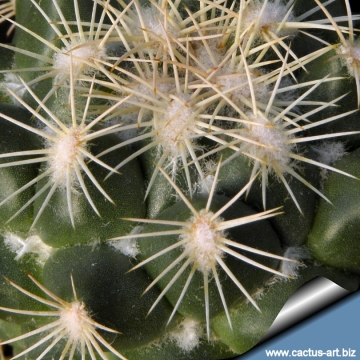 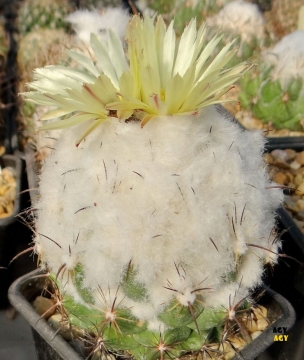 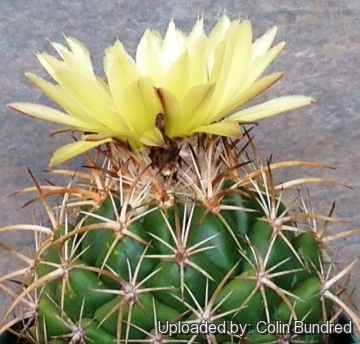 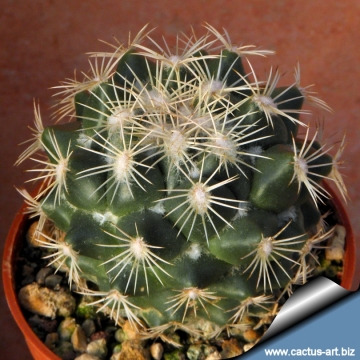