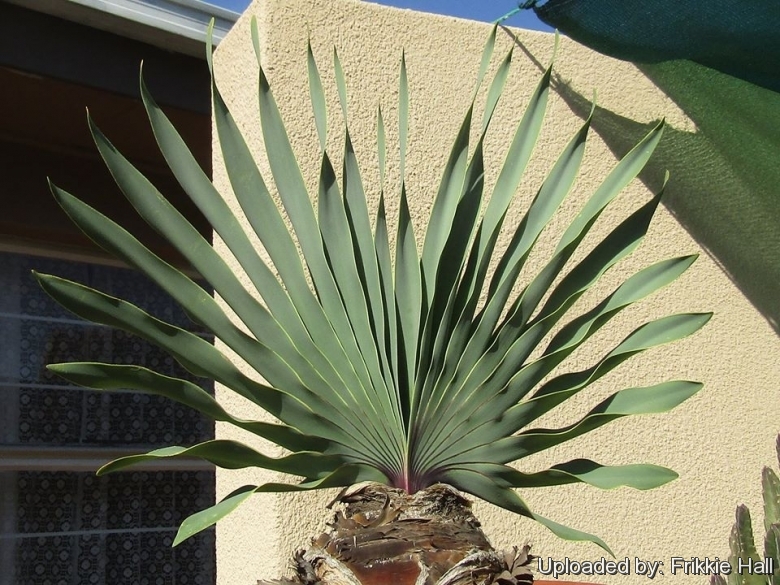 Origin and Habitat: Extends to Angola, Welwitsch and the mountains round Lake Nyassa, Thomson and Lake Tanganyika, Cameron.

Description: Boophane disticha is even more conspicuous in leaf than in flower, for the leaves are arranged in a neat fan. B. disticha is the best known and most widely distributed of the species.
Bulb: Subglobose, 15-20. diam., with many hundreds of tunics, the outer brown and firm in texture.
Leaves: 8 to 16, ensiform, distichous, erect, coriaceous, glaucous, closely ribbed, narrowed gradually to the point, finally up to 50 cm. long, 2,5 to 6 cm broad, hairy on the margin, not ciliated, often much undulated;
Flowers: Very numerous, pink to bright red, arranged in a dense umbel. Peduncle stout, ancipitous, glaucous, 15-30 cm long;
Fruit: The fruit is a turbinate capsule, 2 cm long, 1-15 cm diam. 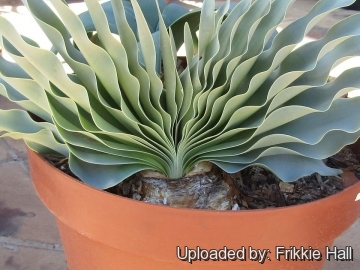 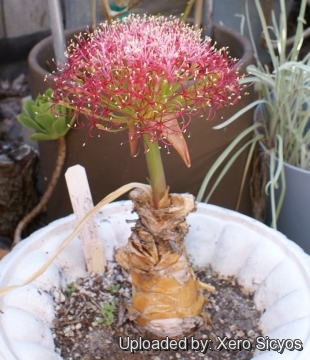 This bulb rarely bloom in cultivation, because in Africa where they grow wild they'll usually flower after grasslands fire. (Boophone disticha) Photo by: Xero Sicyos 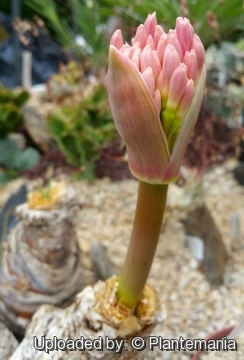 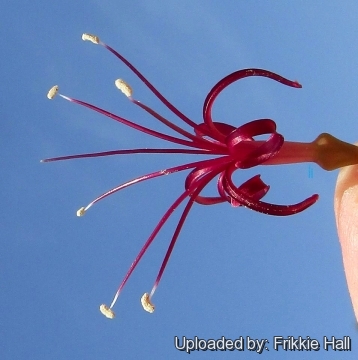 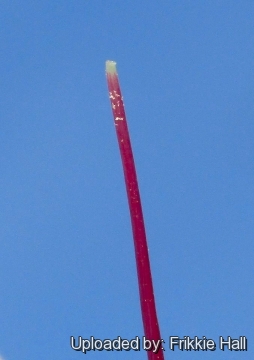 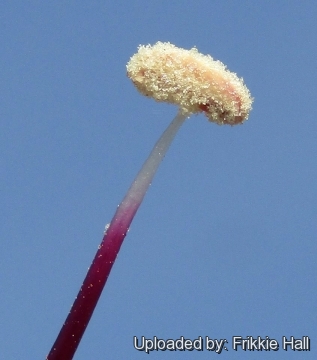 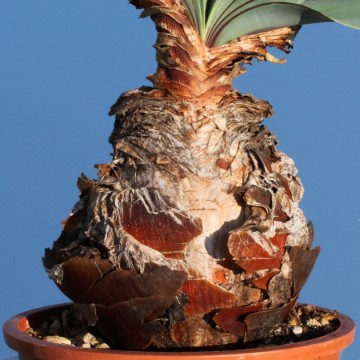 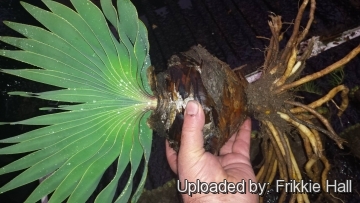 Cultivation and Propagation: Although usually grown only by specialist bulb-grower it presents no great difficulty in cultivation. The ease of culture make it an invaluable subject for the impassioned bulb-growers.
Soil: It needs a slightly acid medium comprising equal parts of well decomposed compost or finely milled bark, and river or silica sand (or pumice). Plant the bulbs with the neck at, or just below soil level and can remain in the same position for many years. Grows it in pots with a diameter of at least 25 cm. Give it excellent drainage.
Water: It is usually evergreen in cultivation but needs to be kept almost dry during its dormancy as the bulbs is disposed to dwindle and rot. Its winter rest must be absolute.
Exposure: It is most suitably grown in semi-shaded but it will even grow and bloom in full sun.
Hardiness: They are sensitive to frost, but are said to be hardy -5° C (or even less).
Garden uses: In warm and temperate climates grow it sunny courtyard gardens, in raised beds and rockeries. In countries with cold winter climates, they are best grown in containers in a cool or slightly heated greenhouse. The plants are mostly grown by specialist bulb collectors, usually as container subjects.
Pest and diseases: The bulbs and leaf bases are susceptible to attack by mealy bugs, and the leaf margins are chewed by snout beetles and slugs at night.
Propagation: By seed or rarely by division of bulbs. Offsets are rather slow to form (if ever), and are best separated from the mother bulb straight after flowering, just as the new leaves begin to develop. Seeds form readily and should be harvested and sown as soon as they can be easily removed from the bright orange, fleshy berries. Seeds may take up to two months before the first leaf appears above ground, and a further four to five years to flower for the first time.

by Valentino Vallicelli
There are a total of 20 Photos.
Click here to view them all!
Cite this page: "Brunsvigia disticha" Text available under a CC-BY-SA Creative Commons Attribution License. www.llifle.com 14 Nov. 2005. 31 Jan 2023. </Encyclopedia/BULBS/Family/Amaryllidaceae/1354/Brunsvigia_disticha>