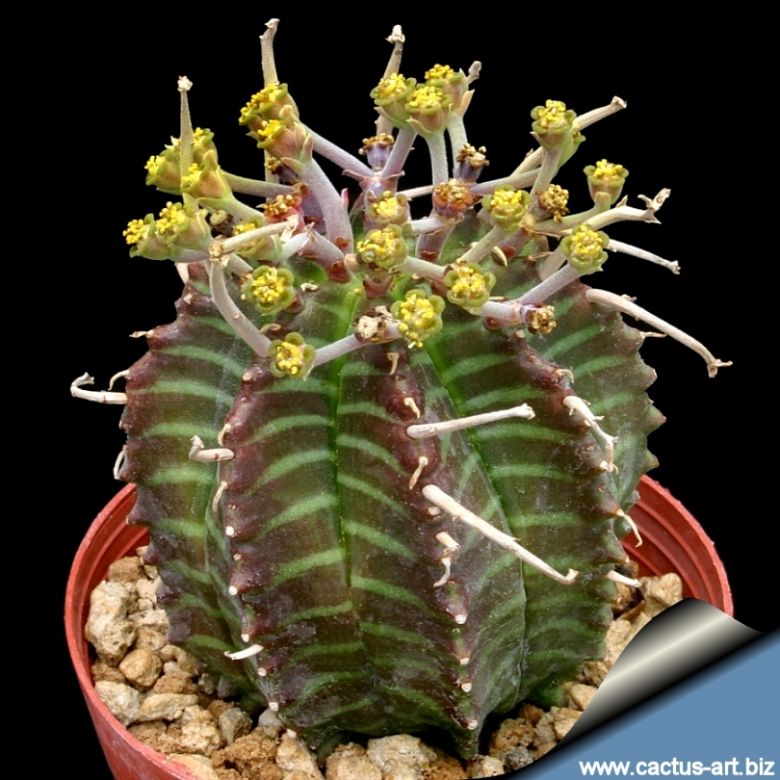 Euphorbia meloformis Photo by: Cactus Art
It is similar to Euphorbia obesa but with long and persistent flower stalks.

Origin and Habitat: This species originally came from three geografically separated distribution-areas. The type locality is near the Zwartkops River, north-west of Port Elizabeth in the vicinity of the ocean. A second distribution-area is found over a hundred km to the east in the neighbourhood of Grahamstown, and again at more than 100 km to the east of Grahamstown, a bit north of Peddie

Description: It has round green and purple banded, spineless stems with 8 to 12 ribs. It occasionally offsets from the base. It is very similar in look to E. obesa, but with small yellow flowers on long peduncles which dry and persist on the plant after blooming, It is quite common in cultivation, though less so than its relative E. obesa. Both species need male and female plants in order to set seed.
Remarks: The plants in the wild differ from one population to another, but also from one plant to another. This has caused much confusion. And on top of this there is a very closely related 'species' growing nearby, Euphorbia valida, which is now considered a subspecies of Euphorbia meloformis.

Subspecies, varieties, forms and cultivars of plants belonging to the Euphorbia meloformis group 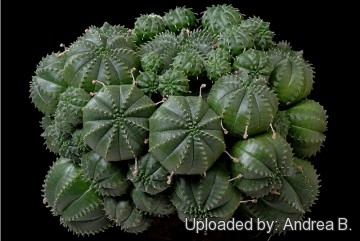 Euphorbia meloformis Photo by: Andrea B. 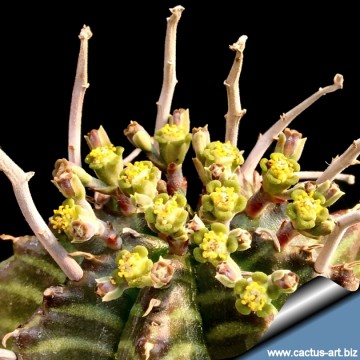 - A male specimen (pollen producing plant). Flowering can be achieved within 4-6 years. Photo by: Cactus Art 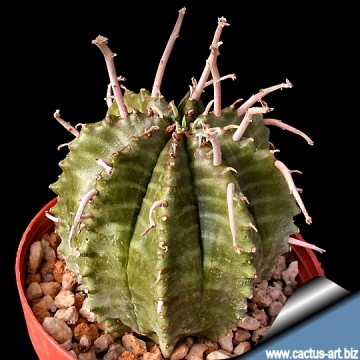 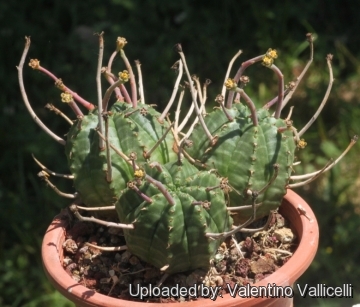 Cultivation and Propagation: It likes a sunny position. It does best in a mineral soil, and good drainage is essential. Water sparingly during the summer months and keep dry in winter. It is a slow-growing long-ived plant and, once established, it will be content in its position and with its soil for years. It can tolerate moderate shade, and a plant that has been growing in shade should be slowly hardened off before placing it in full sun as the plant will be severely scorched if moved too suddenly from shade into sun. It is propagated from seed sown during spring or summer.