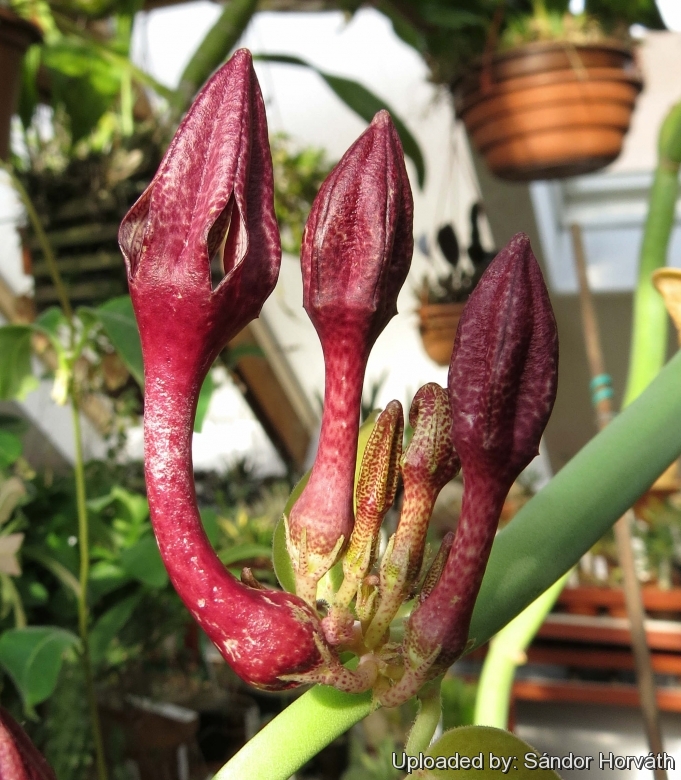 Origin and Habitat: Ceropegia rupicola comes from Yemen (W-Yemen, Aden Desert) and has been known since 1889. It is also been reported from southern Saudi Arabia.
Altitude range: 1600-2000 metres.
Habitat and ecology: Ceropegia rupicola grows on rocky outcrops in the Yemen mountains associated with several other succulent species such as Euphorbia cactus (the dominant species), Euphorbia parciramulosa, Euphorbia fruticosa, Euphorbia schimperi, Caralluma cicatricosa, Caralluma hexagona, Aloe yemenica, and Aloe menachensis, just to cite a few of the more common. Ceropegia rupicola has succulent stems, showing adaptative convergence in vegetative characters with disjunct Canary Islands species such as the most succulent shrubby Ceropegia dichotoma and Ceropegia fusca. C. rupicola also has been seen as a twiner in Saudi Arabia. 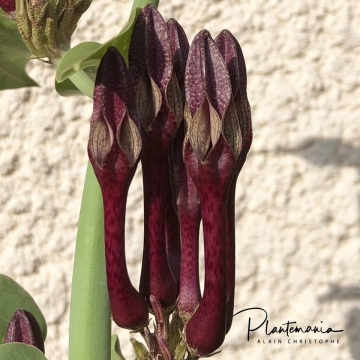 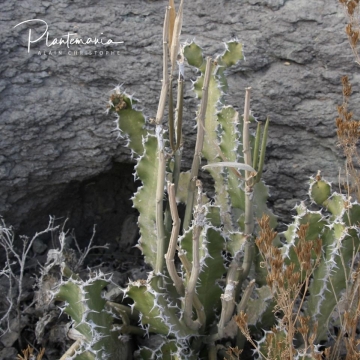 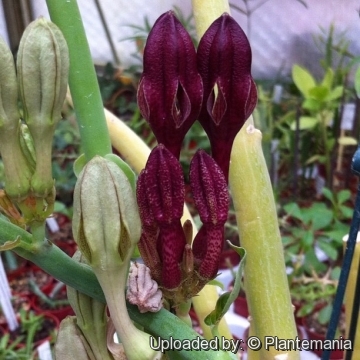 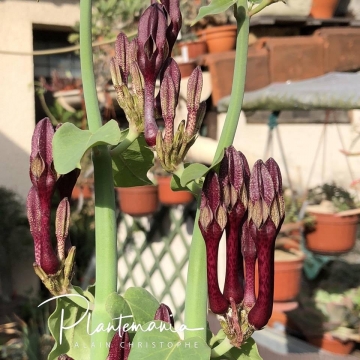 Cultivation and Propagation: Ceropegia rupicola is easy to grow in full to part sun. It requires hot conditions and can be grown outdoor in mild climate where it proves to grow well semi-neglected. It is a plant with succulent leaves and very thick trailling stems. It does very well, and is resting and leafless, during the winter.
Water requirements: It needs regular watering, especially during the hottest summer days. During winter dormancy, the plant should be kept completely dry however provide some light watering if the green house temperatures in winter are elevated.
Soil: Use a very draining mineral potting substrate.
Repotting: This plant needs plenty of space for its roots, repotting should be done every other year or when the it has outgrown its pot. Use pot with good drainage.
Fertilization: Feed with a high potassium fertilizer in summer.
Pest & diseases: They are pest free outdoors, but may attract white flies or mealy bugs if kept in humid greenhouse environments, and some kind of control might be needed.
Frost Tolerance: Recommended minimum temperature is 5 -10°C or even above. It may be severely damaged when the temperature drop to near freezing, but even if most of the stems dye back, it usually sent out new shoots in spring from the base.
Traditional uses: Ceropegia rupicola, locally named “Bukira”, is used in Yemeni traditional medicine. It is applied externally for skin diseases.
Propagation: Seeds. Plants can also be propagated from cuttings.