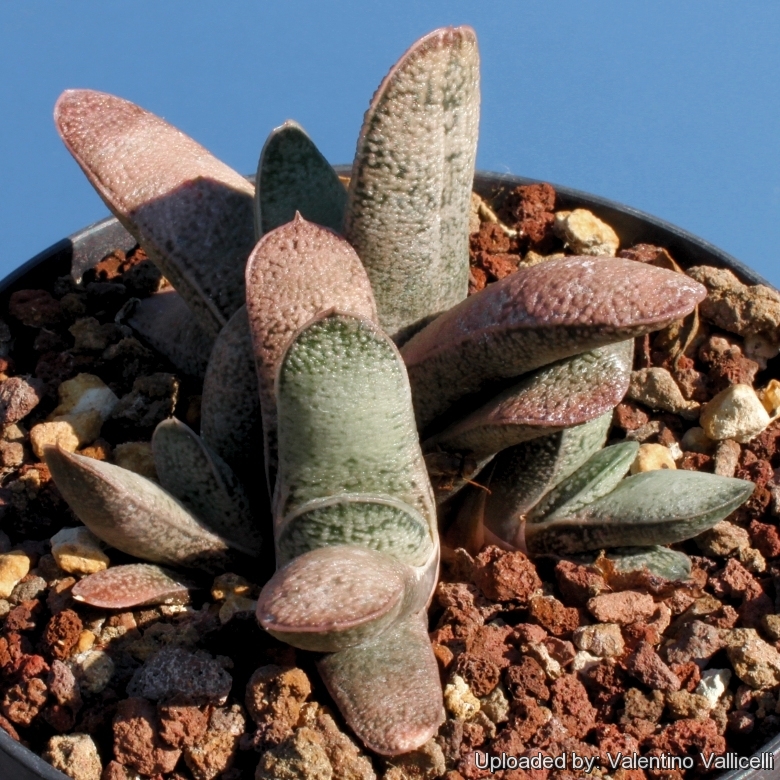 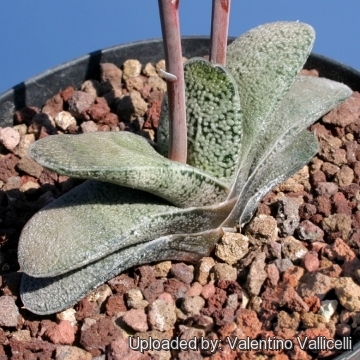 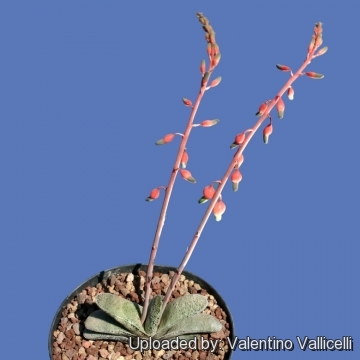 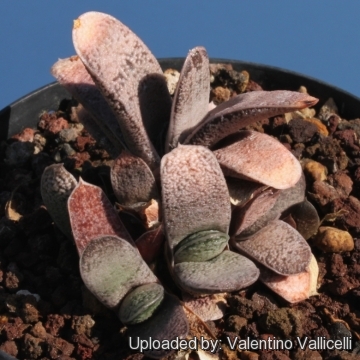 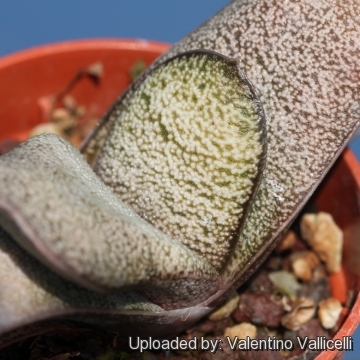 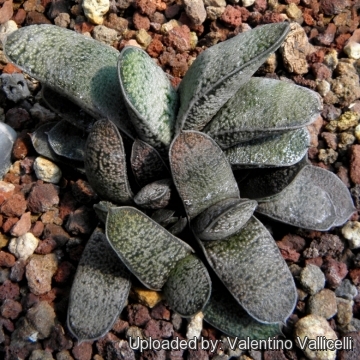 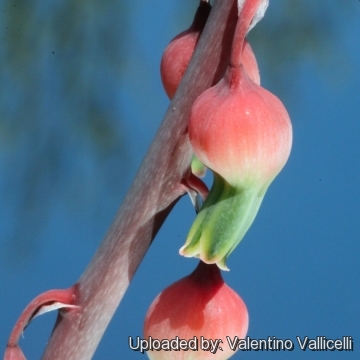 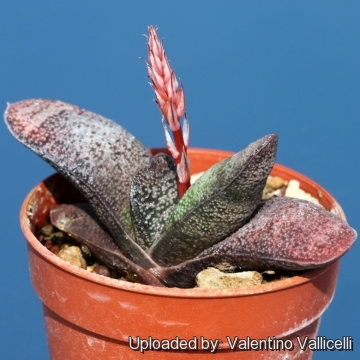 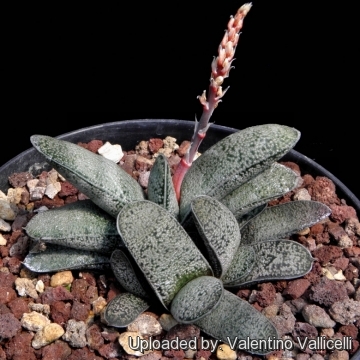 Cultivation and Propagation: They are of relatively easy culture, which makes them a good houseplant, and they can be an excellent subject for the beginning gasteriaphile (they can grow easily on window sills, verandas and in miniature succulent gardens where they are happy to share their habitat with other smaller succulent plants, or in outdoor rockeries) Need light shade to shade, but will take full sun part of the day. (with some sun exposure the leaf develops a nice reddish tint, and remains compact). They are tolerant of a wide range of soils and habitats, but prefer a very porous potting mix to increase drainage. During the hot summer months, the soil should be kept moist but not overly wet. The plants are fertilized only once during the growing season, with a balanced fertilizer diluted to ½ the recommended strength. During the winter months, water only when the soil becomes completely dry.
Propagation: Gasteria is easily propagated by the removal of offshoots or by leaf cuttings in spring or summer. To propagate by leaf cuttings, remove a leaf and let it lie for about one month, giving the wound time to heal. Then lay the leaf on its side with the basal part buried in the soil. This leaf should root within a month or two, and small plants will form at the leaf base. They can also be grown from seed.