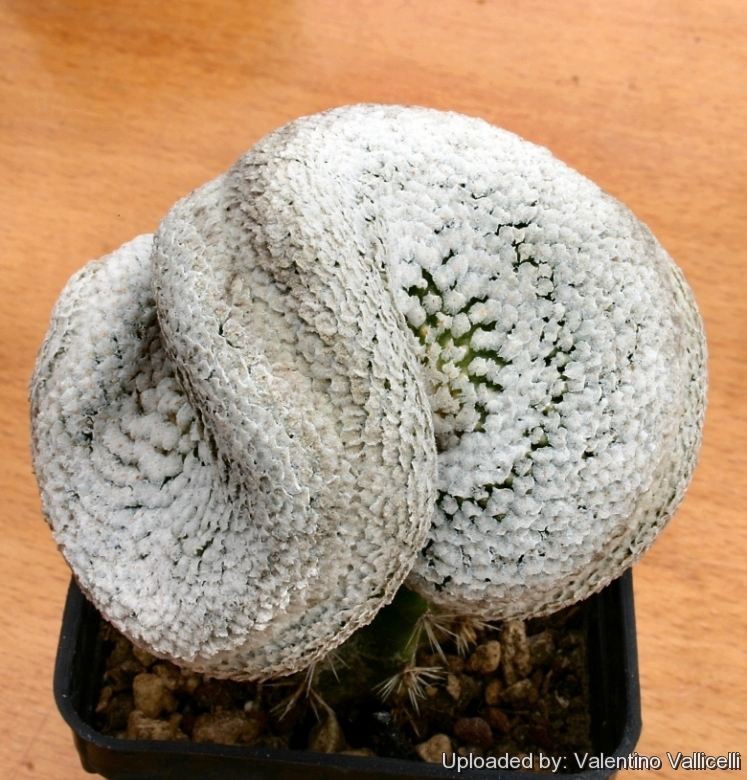 Description: The standard Turbinicarpus valdezianus is one the smallest and slowest growing Turbinicarpus with tiny feathery spines that obscure the body of the plant, it is usually solitary but sometime form clusters of few branches. Typically half of it is underground with a big tap root.
Forma cristata: The crested form is still rare in cultivation. It is covered by dense feathery white spines, spreading flat around the areoles and the apex completely concealed by the plumose spination.
Spines: T. valdezianus is a pectinate-spiene species, but the the pectinate spines are not in the two neat rows as in Turbinicarpus pseudopectinatus, the ca. 25-30 spines, are dense, feathery and white, about 0.5 mm long, spreading flat around the areoles.
Flowers: One to 5 diurnal, at plant apex, this species is found scattered in small populations in several locations and the colour of the flowers is variable ranging from pinkish white to bright pink with darker magenta or reddish-brown midveins.
Blooming season (Northern hemisphere): Early bloomer (February - March).

Notes: The cause of cresting: The cause of cresting is not fully explained. Biologists disagree as to why some plants grow in this unusual form. Some speculate that it is a genetic mutation. Others say it is the result of a lightning strike or freeze damage. But whatever the stimulus, the growth point of the stem has switched from a geometric point to a line, which folds and undulates as the crest expands. Though these crested cacti are somewhat rare (1 in 50,000 or less), cresting occurs naturally and can be encountered in many other cactus species. 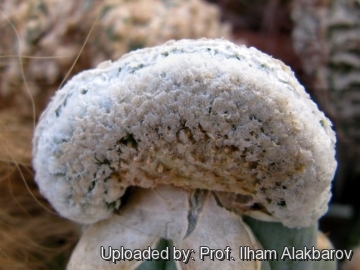 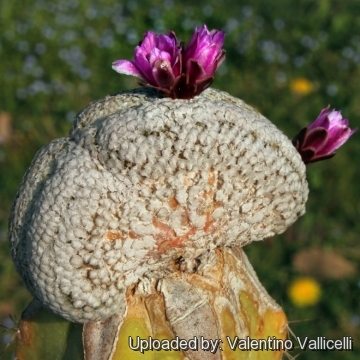 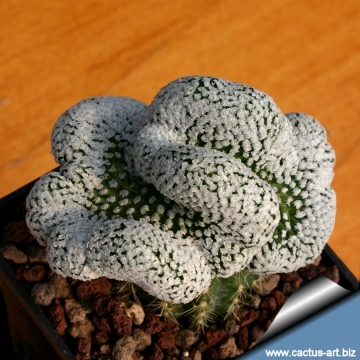 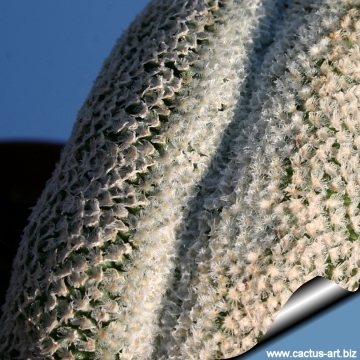 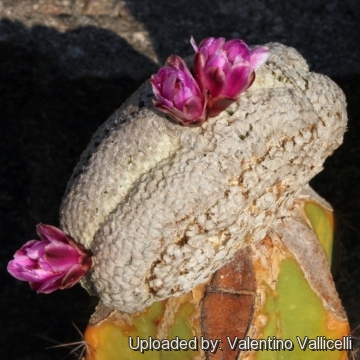 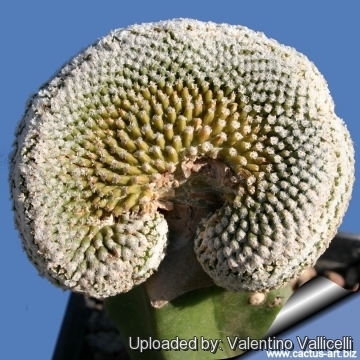 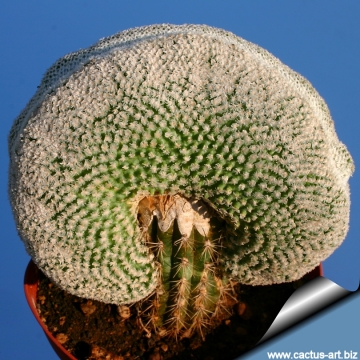 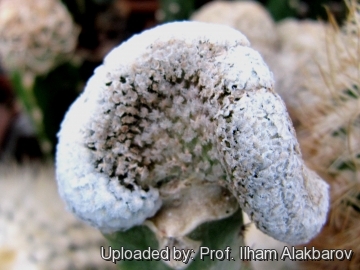 Cultivation and Propagation: Although regarded as a choice and difficult plant is not too difficult in a greenhouse, although grows quite slowly. It is sometime seen as a grafted plant but grows very well on its own roots too.
Soil: Use mineral well permeable mineral soil with little organic matter (peat, humus).
Exposure: They need a good amount of light shade to full sun this help to keep the plants healthy, although slow growth.
Watering: Water sparingly from March till October (weekly during summertime, if the weather is sunny enough) , with a little fertilizer added. Less or no water during cold winter months to prevent root loss. It is sensitive to overwatering (rot prone).
Hardiness: Keep perfectly dry in winter at temperatures from 5 to 15 degrees centigrade. (but it is relatively cold resistant and hardy to -7° C for short periods) In the rest period no high atmospheric humidity!! (Temperature Zone: USDA 9-11)
Propagation: Grafting or cuttings. Plants are usually grafted onto column-shaped cacti but proved to be able to produce their own roots if degrafted.